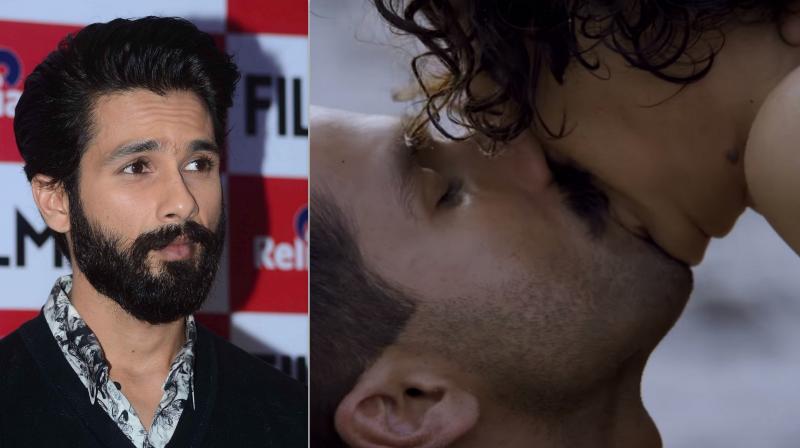 Mumbai: Shahid Kapoor, who is all set to bring self-destructive character on-screen with his upcoming Kabir Singh, has shared his worst part of kissing Kangana Ranaut in his 2017 film, Rangoon.

In a chat show of Neha Dhupia, the actor was asked about the much-talked kissing scene between him and Kangana. Speaking about the experience, Shahid quipped, "That’s a really random question! Really random memories... Kuch yaad hi nahi aa raha hai. Blank ho gaya hoon main, yaar. If it was in the keechad, it was keechad-y."

Well, the Visha Bharadwaj's directorial venture featuring Saif Ali Khan, Shahid and Kangana bombed at the box-office. However, the film had garnered everyone's attention for the passionate kissing sequence between Shahid and Kangana which was shot in the mud.

Earlier, the Manikarnika actor also shared that, "Shahid’s moustache was horrible and it (kissing) would be disgusting. Then he would keep telling me that he has a runny nose which helps it to stick."