Be grounded through success: Akshay Kumar

Shifting gears to his foray into production, the 51-year-old is pleased with his run so far. 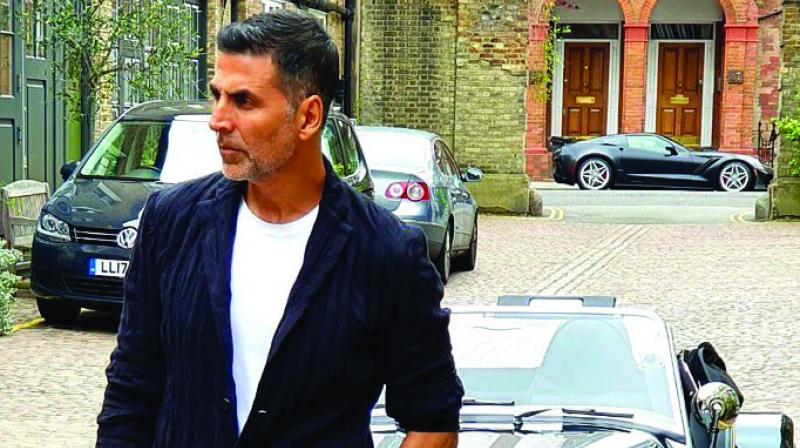 Akshay Kumar’s Mission Mangal has collected 28.5 crores over the Independence Day weekend, outdoing its competitor Batla House, that collected 14.5 crores, by a significant margin. Nevertheless, Akshay, though elated by the film’s success, says that being grounded is just as important. “I have seen low times in my professional career. I feel it is indeed good to be successful, but we need to hold the success by being grounded,” he opines.

He further credits the film’s success to its leading ladies. “I am feeling very good, I am thankful to these ladies. I had a certain role in taking this film ahead, but honestly speaking, these ladies have taken the film further ahead in their own ways,” he adds.

Shifting gears to his foray into production, the 51-year-old is pleased with his run so far. “All my films, whether, it was Toilet Ek Prem Katha, Kesari, or Airlift, have done well. I have produced about eight to 22 films by now, and I can proudly say that I have not lost money in any of my films.”

When asked about his process as a producer, Akshay starts by focussing on the script and the screenplay. “Secondly, I follow the footsteps of two great people whom I have worked with, Yash Johar and Yash Chopra, who professed a great line: ‘Film ka budget hit toh film bhi hit’ (If the film’s budget is a hit, the film will be a hit too). I always keep this great line in my head while producing films. This helps me build my company and take it forward with every film. I always try to make sensible films as well,” he explains.