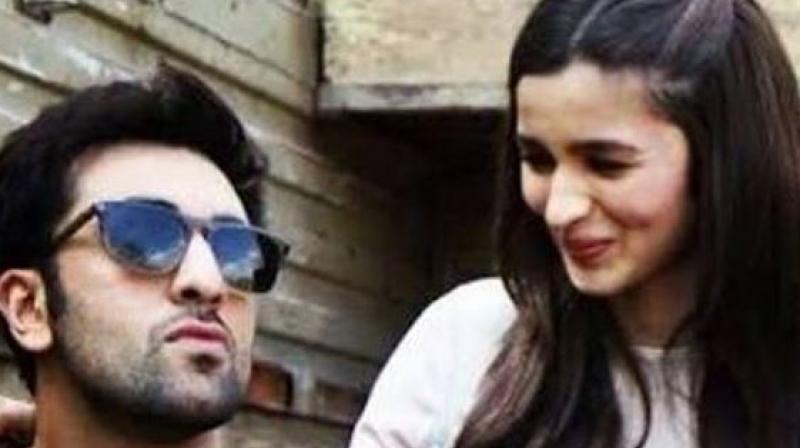 Mumbai: Raazi actor Alia Bhatt and Rockstar boyfriend Ranbir Kapoor are currently the cutest couple of B-town. Their public display of affection is unmissable which was seen at their best friend forever Akansha Ranjan’s birthday on Tuesday eve.

The photo posted online clearly shows that Alia is giving a tight hug to Ranbir as they pose with their friend circle. Alia is seen wearing black attire whereas Ranbir is in a cool navy blue t-shirt and blue jeans.

Both are surrounded by their tribe and Alia is seen blushing. Ranbir is also looking cheerful as he tilts his head towards his ladylove.

Birthday baby Akansha has worn a sexy black outfit and is posing with a glass of what looks like a hard drink.