After reportedly refusing film, Deepika to feature in SRK-Katrina-Anushka starrer

After being in contention for the film as one of the two lead actresses, Deepika will now be seen in a cameo appearance in the film. 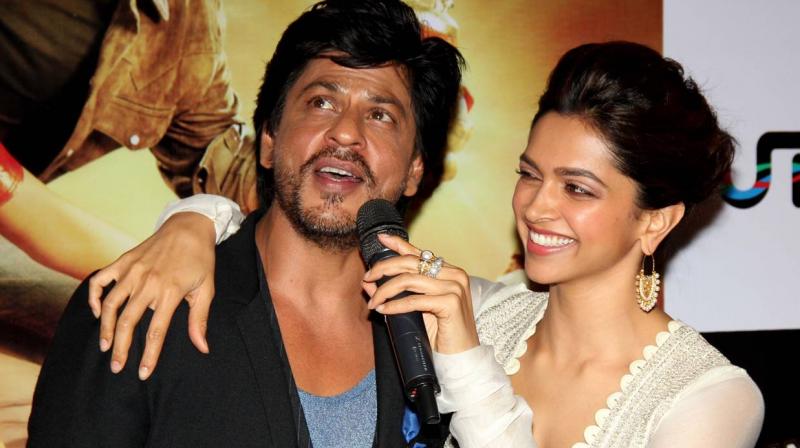 Mumbai: While Shah Rukh Khan's pairing with Kajol has been the most loved by his fans, among the newer lot, his on-screen bonding with Deepika Padukone has been arguably their favourite.

The two actors enjoy a 100 per cent track record together at the box office with the successes of ‘Om Shanti Om’, ‘Chennai Express’ and ‘Happy New Year.’

The actors are reuniting again on the big screen, but will share very little screen time with each other.

After several reports of Deepika also being a part of the cast of the Shah Rukh Khan’s film surfaced, the actress herself confirmed the news in an interview with a media channel.

She said, "It’s a cameo and it was fun. Shah Rukh just called me up and said that they wanted to do something special and it happened. And I believe that if the heart is in the right place and just a call took place. Literally, he just called me and I think in a couple of days we shot. It was such fun. None of us felt like we were working. It was like a couple of friends catching up."

Incidentally, earlier Deepika’s name was also in contention for the lead roles before Katrina Kaif and Anushka Sharma were finalised for the parts.

According to reports, the actress was not too keen to do a two-heroine role and hence refused it.

Not just Deepika, several of Shah Rukh’s other leading ladies like Sridevi, Kajol, Rani Mukerji, Karisma Kapoor and Alia Bhatt have also shot for a cameo for the film with the superstar even sharing pictures on Twitter.

Shah Rukh plays a dwarf in the film scheduled for release on Christmas 2018.