Saif Ali Khan wants to be like Anil Kapoor

The Baazaar actor says that he looks to 60-year-old Anil for inspiration as he grows older. 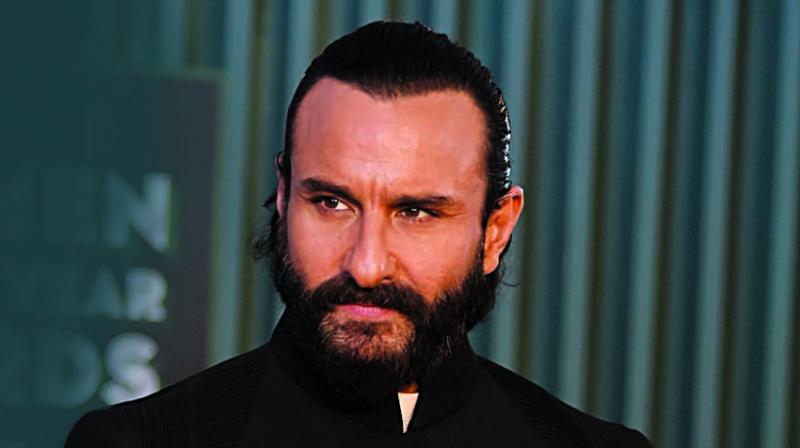 He may be the father of the cutest little two-year-old, but Saif Ali Khan is closing in on 50, and the actor admits that he finds the prospect of ageing rather frightening.

Calling 60 the new 40, the actor points to Anil Kapoor as his source of inspiration. “Now, I am 48 and Anil Kapoor is 60. When I get to that age, I want to be like him. When you stop being scared, you decide to live in the present and not worry about these things,” he says.

Career-wise, Saif definitely has no reason to worry. After delivering the hit web-series Sacred Games, he’s preparing for the release of Baazaar, in which he plays a ruthless Gujarati businessman. He says that he’s made an effort to keep his portrayal as authentic as possible.

“When I was told that I would be playing a Gujarati businessman, I remember telling the makers that the character should not look caricature-ish. He should look heroic, like a badass. A lot of work was done to get the look and dialect right,” he says.

Baazaar is a financial-crime drama directed by Gauravv K. Chawla and written by Nikkhil Advani, Aseem Arora and Parveez Sheikh. The film about money, power and business is set against the backdrop of the stock market and is slated for release on October 26, 2018.

Talking about why he finds his role in the film exciting, Saif says, “There is a kind of a strength in understanding money and power. I love the fact that there is a drama unfolding behind the scenes, and the film shows what happens in the lives of rich people. Money means something to my character, his wife and his kids.”