While Bala was originally scheduled to release a week after Ujda Chaman, it will now release a day before on November 7. 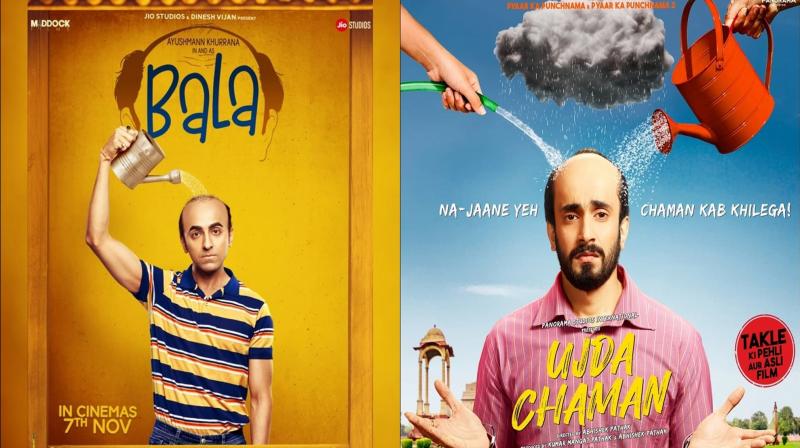 The similarities between the two upcoming films on premature balding — titled Bala and Ujda Chaman respectively — has been the talk of the town lately. While the industry is amazed to see how two films on the same subject are releasing on the same date, Ujda Chaman director Abhishek Pathak appears secure in his product.

“I am confident in my film, and the way the trailer has been appreciated only makes me happier. As far as star power is concerned, I know Bala has a star-like Ayushmann (Khurrana) and nobody can deny that. They know my film doesn’t have a big star, but Sunny (Singh) has done Pyaar Ka Punchanama, Sonu Ke Titu Ki Sweety, which has done 100 crore business,” he asserts, adding that team Bala seems to be in a panic.

“Coming on the same day will damage the industry revenue. I don’t know what made them announce the dates thrice; it seems they are in panic mode. We came before them, so I don’t know why were they so confused about their release date,” the director opines.

While Bala was originally scheduled to release a week after Ujda Chaman, it will now release a day before on November 7.

Ujda Chaman is a remake of the 2017 Kannada movie Ondu Motteya Kathe, and Abhishek says that Bala should also pay respect to the original makers, if it’s inspired by some other film. “As a filmmaker, we should pay respect to it. If it’s officially honouring the original creator, then they should get the credit. We have seen bald and premature bald men before, how come suddenly someone is making a film on it? It must have come only by watching the film, or hearing about the original film, then respect the original maker as I did. As an industry, it’s a wrong practice,” he concludes.