Entertainment   Bollywood  18 Nov 2018  None of you would exist if that wasn’t existing in our body: Twinkle Khanna
Entertainment, Bollywood

None of you would exist if that wasn’t existing in our body: Twinkle Khanna

The actress-turned-author champions the cause of menstrual health, as an ambassador for Save the Children. 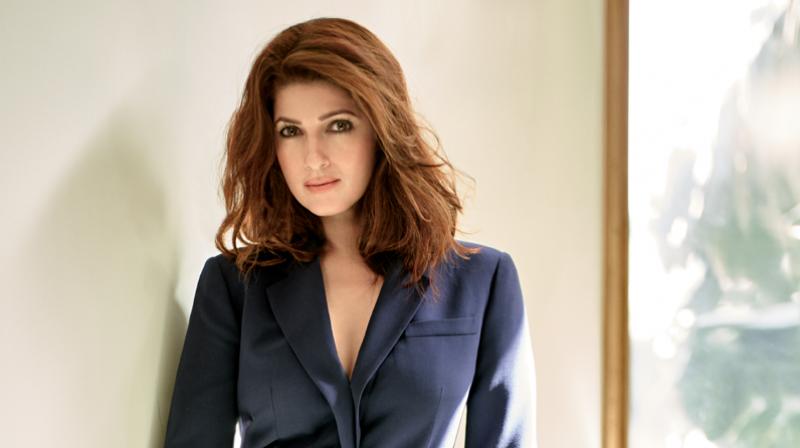 Twinkle Khanna feels that boys in a patriarchal society, such as our own, need to be educated about menstruation. Open discussion would only help create awareness and dispel myths.

Twinkle has joined hands with Save the Children as an ambassador. The organisation is working towards spreading awareness about menstrual hygiene, health and the education of children. And has now found an ambassador in Twinkle Khanna.

Present at the press conference, Twinkle talked about doing something good for society by giving back. She feels it is the act of giving back to society that differentiates us from animals.

The author recalls how she began writing the story of Padman, six years ago. The Akshay Kumar-starrer has made it a bit easier for women and adolescent girls to discuss their menstrual problems. “I too was slightly hesitant about discussing it (menstruation). But ever since I read Arunachalm Murugunatham’s story, I decided to bring it up on celluloid. I felt there need not be a taboo if we wish to talk about it. It is really a shame that a little girl from Chennai jumped off her balcony, after staining her uniform because of this biological problem. She gave up her life because she was reprimanded by her teacher. Also, pads need to be sold at a lower cost. The government has gone ahead and made sanitary pads available at railway stations. So the film Padman, at least, helped bring about a few changes in our society, which is a good thing.’

Adding further she says, “Being associated with this organisation, the primary thing I would like to do is amplify the voice of these children. If my voice can reach a little further and bring about change, it would be great.”

Talking about menstrual taboos, she adds, “We need to create awareness about this natural phenomenon that every woman experiences. Along with these girls and boys from the Save the Children organisation, I will also try my best to spread their objectives. I feel, we as human beings, since we have got so much from the society, we need to give it back. And we do not do so by being the first one. Usually, we always wait for someone else to be the first one, which should not be the case.”

All praise for the children, Twinkle says, “I look at all these children with such remarkable energy, filled with confidence. They have determination and are not filled with the cynicism that we adults have. If their mindset is changed at an adolescent age, they will bring about changes for the better worldwide.”

About the influence of cinema, she states, “There are many movies which are being made with different social messages, and I am sure cinema is a medium which can bring about great change. Also, today’s audiences are open to such movies and they are looking forward to social change. We need to make more films with social messages. The industry has a great attitude and are promoting more such causes through films.”

Lastly, Twinkle feels considering menstruation to be something profane (apavitr) or unclean is utter rubbish. “None of you would exist if that wasn’t existing in our body.”