'People misuse steroids which is bad for their body,' says Salman Khan

The 'Wanted' actor is currently working on the third installment of 'Dabangg' franchise opposite Sonakshi Sinha. 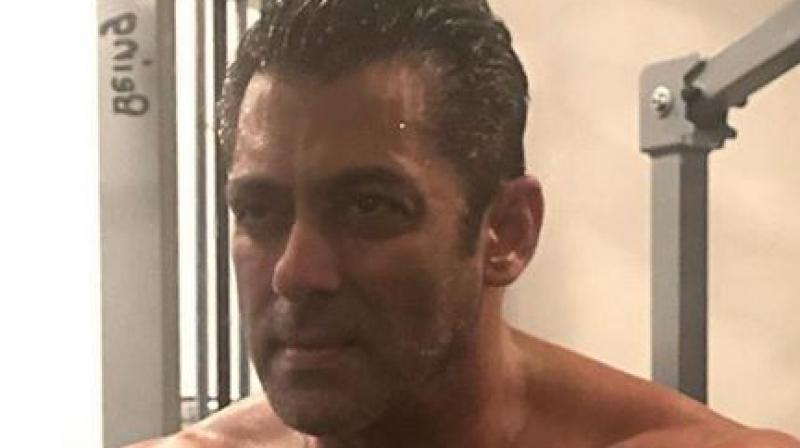 Mumbai: Salman Khan, known for his zeal for fitness and tremendous physique, feels that one can still count on "protein shakes and a few supplements" to achieve a toned body.

Strongly condemning the use of steroids to get abs, the actor said that the people who actually use steroids misuse it which is bad for their body and for their health.

While attending a fitness event on Sunday, the actor spoke to ANI and expressed displeasure over people who chose shortcuts to achieve a toned body. "No one should use steroids. People don't actually use it, instead, they misuse steroids, which is very bad for their body and for them," Salman told ANI.

"I have seen many who pass out while working out in the gym. It can be because of anything, heart failures or something more critical. Therefore, it's not a good thing to use at all," added 'Dabangg' Khan.

25 years and still Being strong . . @beingshera

The actor, who surprised everyone with his awe-worthy transformation in the movie 'Sultan,' feels that one can still count on "protein shakes and a few supplements". "Protein shakes and a few supplements are fine, but steroids with higher magnitude is a big no-no. Body made with such things doesn't look real. People can make out it's not natural and is built with the help of steroids," said the 53-year-old actor. "Such packs or biceps don't last long and same goes for the people who use these [steroid]," he added.

Talking about his workout regime, Salman revealed that because of his busy schedule, he exercises whenever he gets time, be it during "shoots, before breakfast, after dinner or in between of some any task" the megastar makes sure to work hard in order to keep his abs chiselled.

On the work front, the 'Wanted' actor is currently working on the third installment of 'Dabangg' franchise opposite Sonakshi Sinha and veteran actor Mahesh Mamnjarekar's daughter, Saiee Manjarekar. The movie is slated for a release on December 20.