Entertainment   Bollywood  18 Dec 2017  I am so glad Taimur and Inaaya have each other, says Sharmila Tagore
Entertainment, Bollywood

I am so glad Taimur and Inaaya have each other, says Sharmila Tagore

Saif and Kareena’s son Taimur turns one on December 20 and grandmother Sharmila says there won’t be a big birthday bash. 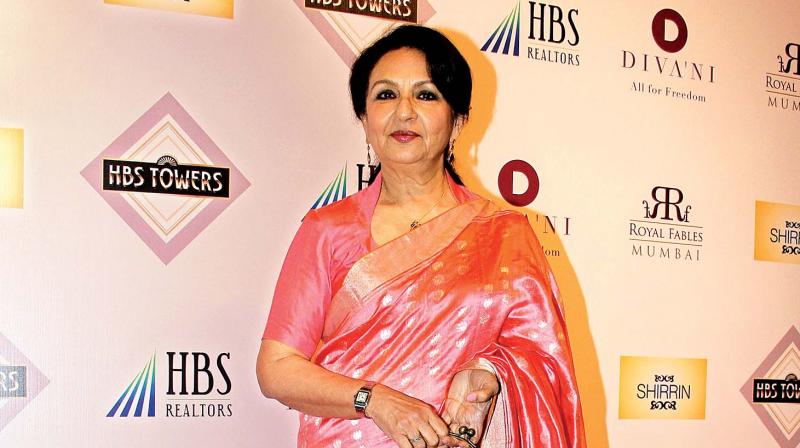 Sharmila Tagore has become a grandmother twice within just a year with Saif Ali Khan and Soha Ali Khan becoming proud parents. The actress, who herself celebrates her birthday in December, feels the family is now complete. “Saif’s son Taimur Ali Khan is turning one this month and Soha’s little daughter Inaaya was born just recently,” she says. “I don’t think Taimur or Inaaya will have a sibling any time soon. So I am glad they have each other.”

Unfortunately, Sharmila doesn’t get to spend as much time with her grandchildren as she’d want to. “They’re in Mumbai and I am here in Delhi,” she begins. “I’d definitely like to see more of my children and grandchildren. But they have their commitments and I have mine,” she admits. The actress was last in the city during the release of Soha’s new book. “The whole family, including Kareena was there for her and that felt good.”

Saif and Kareena’s son Taimur turns one on December 20 and grandmother Sharmila says there won’t be a big birthday bash. “He’s too young to understand, let alone appreciate large gatherings. So it will just be the family this birthday for Taimur,” she informs us. Kareena’s family will also be there. “Her parents Babita and Randhir and her sister Karisma will be there besides Saif, me and the girls (daughters Saba and Soha). I think it’s important for a child to do what he or she is comfortable with and not what we want for them.”