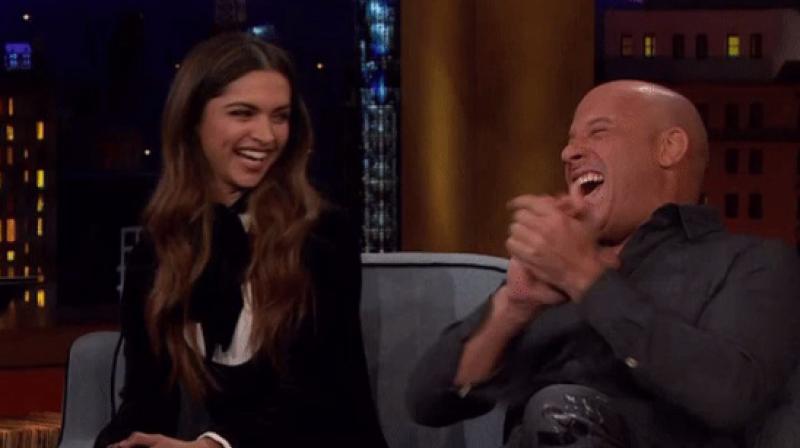 Mumbai: Deepika has been promoting her big ticket Hollywood debut all guns blazing and her most recent stop had been The Ellen DeGeneres Show. The actress impressed everyone with her demure demeanour.

And now, like her contemporary and direct rival Priyanka, she'll be seen in another popular American television show.

The actress's next stop is none other than James Corden's The Late Late Show! 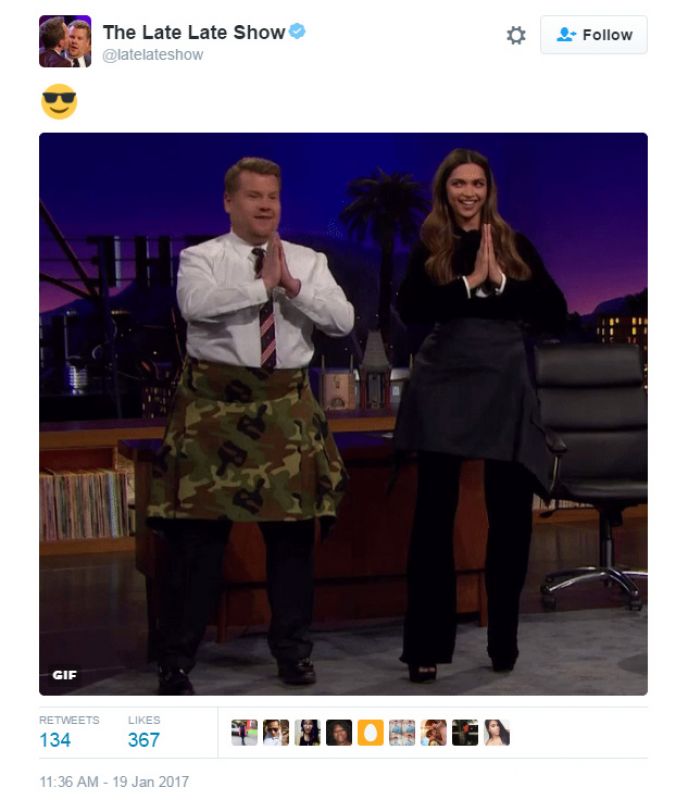 She was accompanied by her constant companion and superstar co-star Vin Diesel. 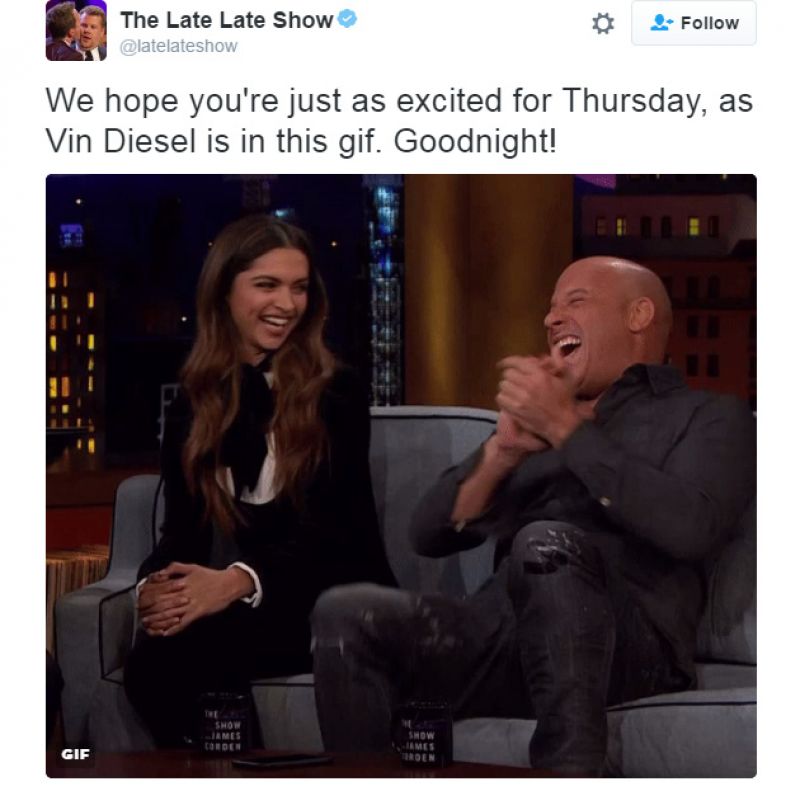 And from the looks of it, she had one helluva gig with funny-man James. 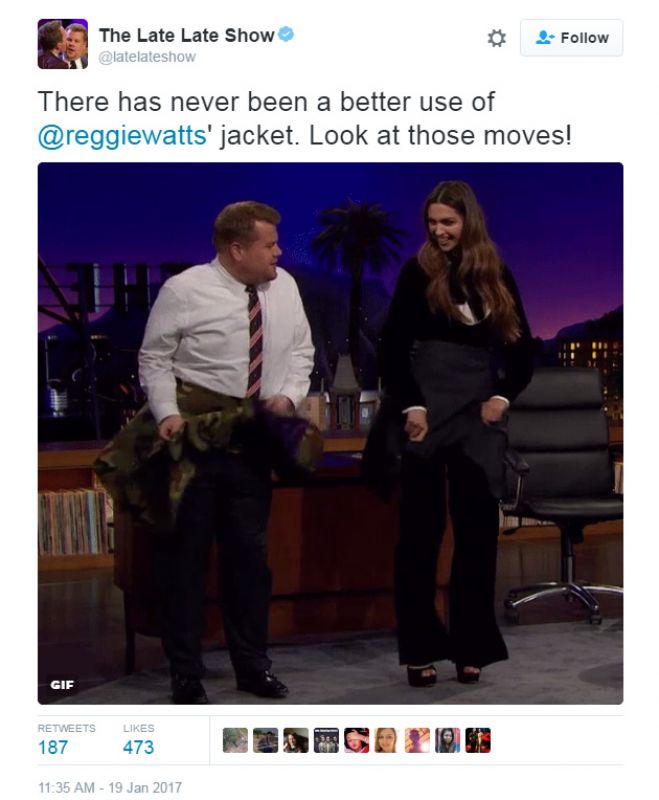 Vin also shared a video of him entering the sets, being his endearingly shy nervous self.

The film, which has already released in India, is all set for its American release on January 20.