Cinephile Parag Kadam, who is currently booking his tickets for the show, explains why it’s being put on-screen. 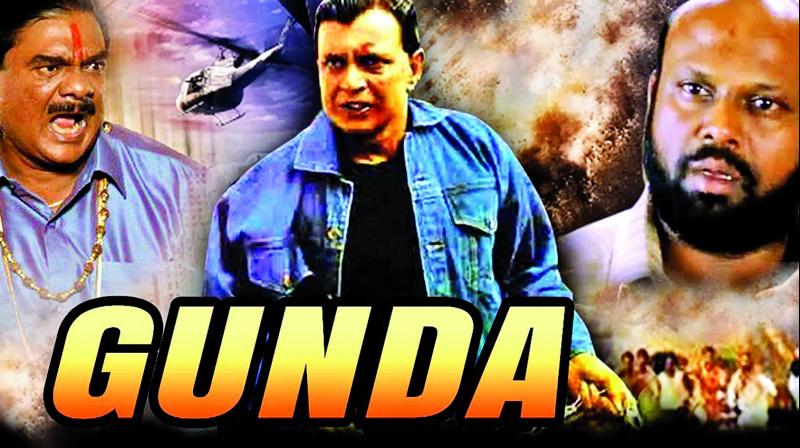 Gunda’s poster; (below) Mukesh Rishi as Bulla in the movie

It could have been your typical Bollywood potboiler — a revenge saga at the heart of it. Gunda shows the meteoric rise of Mithun Chakraborty from a coolie to a crazed man, who only wants to avenge the murders of his father, sister and fiancée.

Except the shoddy, hurried editing and the absolute lack of continuation in the scenes — Mithun works as a coolie at an airport and a shipyard — make the movie an absolute nightmare to watch. Did we mention the rhymes in the dialogues? Sample this: “Tera naam hai Bulla, maut ke baad bhi tera moonh reh jayega khulla.”

However, a 7.5/10 score on IMDb and 94 per cent on Rotten Tomatoes belies the trash quotient of the 1998 movie, directed by B-grade movie director, Kanti Shah.

The so-bad-it’s-good list of Bollywood movies is never complete without the cult classic Gunda, and now 1018mb is putting the movie back on the big screen for fans to watch it. Such was the clamouring to get the limited number of 50 tickets, that a second show too was organised for it. 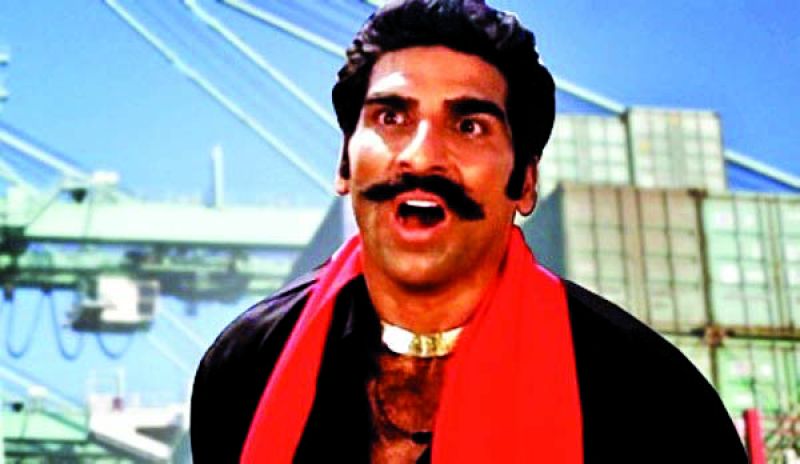 Cinephile Parag Kadam, who is currently booking his tickets for the show, explains why it’s being put on-screen. “Films like these are only favoured by a limited number of people, who have an evolved intellect for understanding it,” the 23-year-old chuckles, repeating the long-standing running joke that the movie can only be understood by highly intelligent people. “I think the main reasons why people would like to watch it on the big screen, because there hasn’t been a film like it. It must be screened on 70 mm, because it deserves justice.”

Stand up comedienne Supriya Joshi reminisces about how the cult of Gunda grew in the last decade. “I think Gunda picked up traction during the days of Orkut; I remember there being a huge community dedicated to the movie,” she says. “Old fans were on it, and the page introduced newer people to the insane piece of art.”

She adds that a blog post by writer Arnab Ray, better known as Greatbong, managed to get a lot more people to talk about it. “I think it must’ve helped giving the movie another chance in the public eye.”

Parag adds that it was pure word of mouth that has gotten Gunda the cult classic status it has received. “However, I don’t think any other Kanti Shah movie is as popular as Gunda. Loha (which stars Dharmendra) is only popular because of the director’s marketing strategy with Gunda. He’s a real genius,” he guffaws.

But while Parag and Supriya were pleasantly surprised at the fact that the first screening of the movie got sold out, 1018mb’s Saurabh Devendra Singh says that he more than expected this result. “Such was the demand that we had to add another show for 50 more patrons. We’re hoping we even have the venue available for the second show,” he laughs. Since 1018mb’s platform works as a crowd-voted idea to screen a movie, Saurabh reveals that the founders, all fans of the movie, were more than glad when a user nominated the movie be screened.

Despite the occasional unpalatable language and crassness, Saurabh, however, believes that Gunda is a one of a kind movie. “Besides Andaz Apna Apna and Jaane Bhi Do Yaaron, this is truly the only other movie that has successfully come back into the mainstream. And how!” he exclaims.