Maintaining law not our job: SC refuses to cancel CBFC certificate to 'Padmaavat' 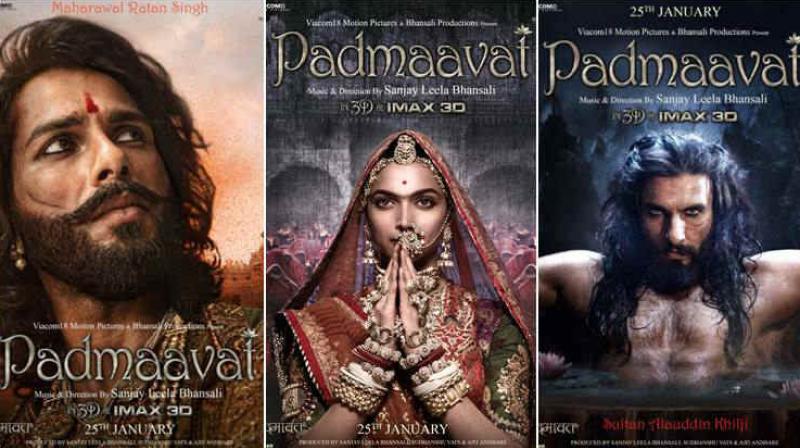 A bench comprising Chief Justice Dipak Misra and Justice A M Khanwilkar and D Y Chandrachud also trashed the submission that the screening of the movie may cause serious threat to life, property and law and order.

"Maintaining law and order is not our job. That is the job of the state. Prayer rejected," the bench said while refusing to accord urgent hearing on the fresh plea filed by lawyer M L Sharma.

The lawyer has sought cancellation of the U/A certificate granted by the Central Board of Film Certification (CBFC) to Deepika Padukone starrer 'Padmaavat' on various grounds including the provisions of the Cinematograph Act.

"Yesterday, we have passed a reasoned order," the bench said, adding that once CBFC has granted the certificate, there was no scope of any interference.

The apex court had yesterday paved the way for the nationwide release of movie 'Padmaavat' on January 25 by staying the ban on the screening of the film in Gujarat and Rajasthan.

The court had also restrained other states from issuing any such notification or order banning the screening of the film.

Haryana and Madhya Pradesh governments have not issued any formal order but had stated that they would not allow the exhibition of the film.

Maintaining that states were under constitutional obligation to maintain law and order, the apex court had said that this duty also includes providing police protection to persons who are involved in the film, its exhibition and the audience watching it.

According to a report on Bollywood Life, "The members of Rajput Karni Sena vandalised a single-screen theatre today in Muzaffarpur. The protestors pelted the stones and even tore the posters of Padmaavat. Except for one multiplex in Patna, none of the theatres are planning to screen Padmaavat."

He also appealed the social organisations to come together to protest against the release of the film.

"I appeal to all social organisation to not let the movie run in cinema halls and public should impose curfew in the cinema halls."

Kalvi also said that he is going to conduct an emergency meeting following Supreme Court's green signal for 'Padmaavat's release.

The flick, based on the legend of Rani Padmini, a 13th century Hindu Rajput queen, mentioned in Padmavat, an Avadhi poem written by Sufi poet Malik Muhammad Jayasi in 1540, has been facing protests from various groups, particularly the Shri Rajput Karni Sena, for allegedly tampering with historical facts.

The CBFC has suggested five modifications in 'Padmavati', which included changing the film's title to 'Padmaavat', in December last year.

The movie, starring Deepika Padukone, Shahid Kapoor and Ranveer Singh in lead roles, is based on the saga of historic battle of 13th century between Maharaja Ratan Singh and his army of Mewar and Sultan Alauddin Khilji of Delhi. It is all set for January 25 worldwide release in Hindi, Telugu, and Tamil and will be the first Indian film to get a global IMAX 3D release.