Tahira Kashyap and Ayushmann Khurrana are on the same page

Ayushmann goes on to say that while he has been choosing some great scripts, Tahira reads all of them. 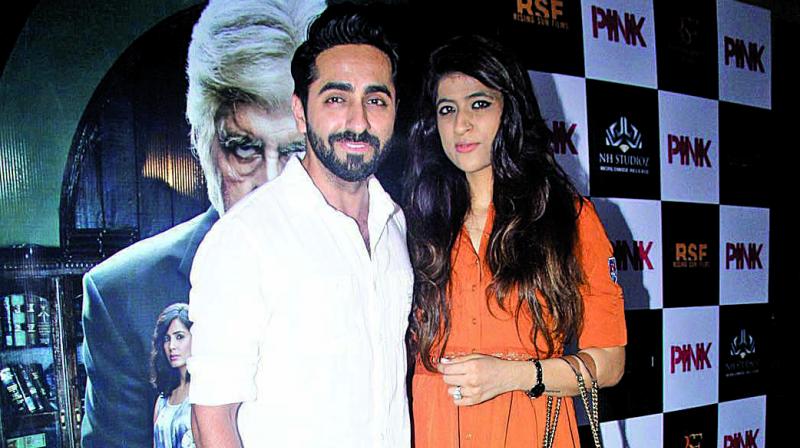 A talented actor and a doting husband, Ayushmann Khurrana has added yet another feather to his cap by turning producer. The Vicky Donor star has put in money for his wife Tahira Kashyap’s debut directorial Toffee. He, however, adds that it was purely a creative decision to produce the movie, and wasn’t personal.

“I’m not investing money into it just because it’s my wife’s. It’s a very honest script,” Ayushmann says.

As far as his involvement in the movie goes, he says, “You have to be creative. I was creatively involved for sure, but honestly I don’t understand much; I don’t understand numbers. I discovered that the story was incredible, and was the need of the hour. It’s based on child marriage.”

A story centred around two young girls with a social message, Toffee has already been garnering critical appreciation at various film festivals.

Ayushmann goes on to say that while he has been choosing some great scripts, Tahira reads all of them. “She reads all my scripts, and most times, we’re on the same page. We have no creative conflicts, because our sensibilities are very similar. We have grown up together. She is always part of my decision making,” he smiles.

Ask him if he’d work in a movie Tahira directs and he laughs, “She has written a lot of female-centric movies, so I’m not sure if I will get any meaty roles. But I would love to work with her for sure.”

Toffee, which has been co-produced by casting director Mukesh Chhabra, will premiere on Eros Now.