Twinkle at Oxford: Hope ‘Padman’ is a movement where biology doesn’t embarass women 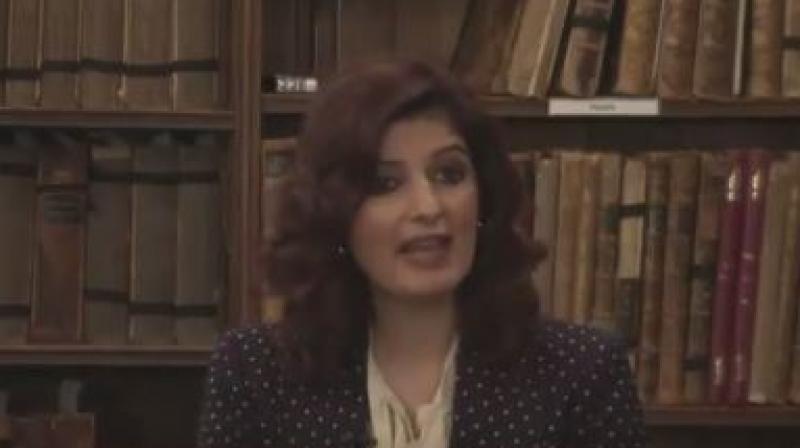 Screengrab from the video where Twinkle Khanna speaks about 'Padman'.

Mumbai: Twinkle Khanna, who has turned a producer with her upcoming film ‘Padman’, was called to give a speech at Oxford Union, the debating society of Oxford University.

The actress-author-turned-producer there gave a powerful speech not only about her movie, but also on women empowerment.

She said, “When I first met Murugananthan, in his idiosyncratic English, which he proudly calls linglish, as you saw in the trailer, he told me the same thing. He said all country want to be strong, but to make country strong you have to make mother strong, sister strong, woman strong and then country strong, and that I think is the global issue. With ‘Padman’, I’m hoping that more than a movie, it’s a movement where women are no longer held back or embarrassed by their biology, where commercials don’t show blue liquid on sanitary pads instead of red, where President Trump cannot shame a reporter by saying she’s bleeding from her whatever, and where we cannot promise our school girls all the ipads but we can give them sanitary pads when they need.”

You can watch the video here:

From period taboos to period poverty, @mrsfunnybones​ takes the conversation on menstrual hygiene global at @OxfordUnion, the debating society of #OxfordUniversity pic.twitter.com/1o6zW8HJyP