Day of hat-tricks: Tiger's daredevilry in Baaghi franchise to continue with 3rd part

Nadiadwala Grandson took to its Twitter handle on Monday to share a picture of the annoucement of the new venture. 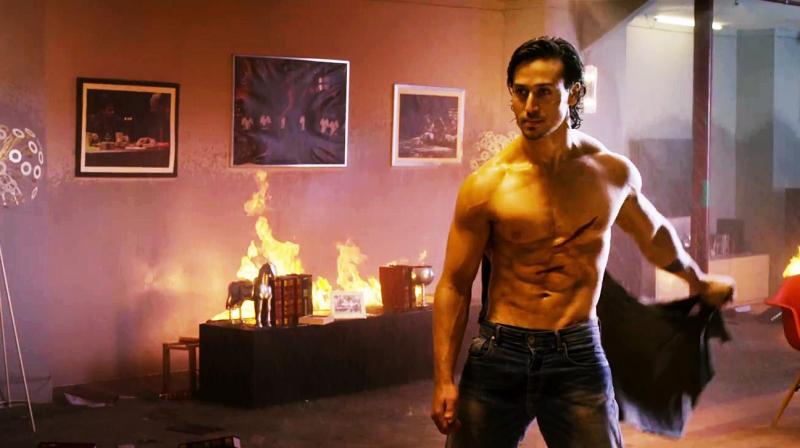 Tiger Shroff in a still from 'Baaghi.'

New Delhi: The makers of 'Baaghi' franchise have announced the third installment of the film starring Tiger Shroff.

While the name of the leading lady has not been revealed, the movie will be helmed by choreographer-turned-filmmaker Ahmed Khan, who is also directing the second one.

Nadiadwala Grandson took to its Twitter handle on Monday to share a picture with the caption, "Drumrolls. Our excitement level has just tripled! We are thrilled to share the 3rd instalment of #SajidNadiadwala's Baaghi franchise starring @iTIGERSHROFF directed by @khan_ahmedasas #Baaghi3 @WardaNadiadwala."

Drumrolls 🥁🎷
Our excitement level has just tripled! We are thrilled to share the 3rd instalment of #SajidNadiadwala’s Baaghi franchise starring @iTIGERSHROFF directed by @khan_ahmedasas#Baaghi3 @WardaNadiadwala pic.twitter.com/ijYdyIqbVs

'Baaghi 2', a sequel to the 2016 film 'Baaghi', features Tiger and Disha Patani in the lead and is slated to release on March 30.

Incidentally, Karan Johar also announced 'Rannbhoomi', which will star Varun Dhawan and be directed by Shashank Khaitan on Monday.

The trio will be coming together for the third time after the 'Dulhania' series, and start of the week has definitely started with two hat-trick announcements.