Koffee With Karan revisited? Salman, Arbaaz, Sohail back for Welcome To New York 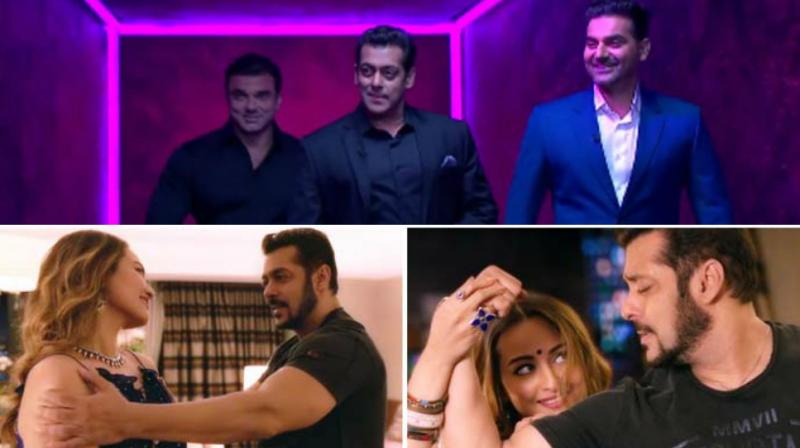 Mumbai: ‘Welcome to New York’ is all set to release this Friday and in the latest development, now we hear ‘Welcome To New York’ is bringing the three Khan brothers (Salman, Arbaaz and Sohail) back together on screens.

Vashu Bhagnani, after a huge span of 20 years, he is getting together Salman, Arbaaz and Sohail Khan together. The last time all four of them worked together was in ‘Pyaar Kiya To Darna Kya’.

They however came together for ‘Koffee With Karan’s last season and were a laughter riot on the interesting episode. Will ‘Welcome To New York’ be a revisit to the times of ‘Koffee With Karan’, especially since the movie also sees Karan Johar in a lead role? Will the episode be a part of the movie?

We have already got a glimpse of Salman in ‘Welcome To New York’s chartbuster song, ‘Nain Phisal Gaye’ but now we know there is going to be more, especially since we heard that the three brothers will share screen space in the movie.

Wiz Films' Andre Timmins says, “Getting the three Khan brothers together was something I really wanted. Salman, Arbaaz, and Sohail are so different, but together, they create magic.”

‘Welcome To New York’ is a heartfelt, rib-tickling comedy that tells the story of two unlikely youngsters living in India in search of a better life for themselves. An unexpected trip to New York City sets them off on a comedic adventure that changes their lives forever.

Directed by Chakri Toleti and produced by Pooja Films and Wiz Films with music by Pooja Music, ‘Welcome To New York’ also stars Diljit Dosanjh and Karan Johar in the lead role with many other stars in extended cameos.