See photo: Alia Bhatt meets a special friend on the sets of Brahmastra 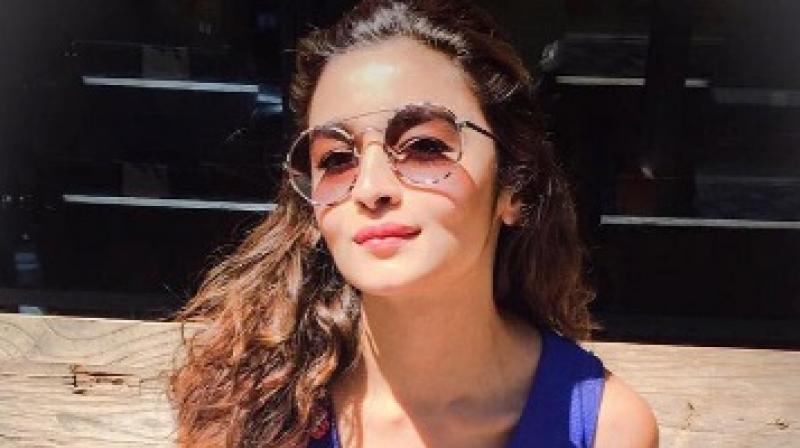 Mumbai: Alia Bhatt is currently shooting for Ayan Mukerji's 'Brahmastra' in Bulgaria with Ranbir Kapoor and the other cast.

The 'Highway' actress recently took to Instagram and shared a picture of herself with a black cat and captioned it, "बिल्ली जहाँ... मैं वहाँ". Alia is seen standing amidst a snowy background with the cat beside her.

Interestingly, Alia has a cute pet cat named Edward. She shares many pictures with her furball on social media. No wonder Alia loves cats so much!

Speaking of 'Brahmastra', there's a great excitement about the film for its superhero plot. Touted as Dharma Production's most ambitious project, the film will have a trilogy. Recently, director Ayan Mukerji expressed his excitement for the film saying that he hopes it becomes "the biggest success of his career”.

'Brahmastra', also co-stars Amitabh Bachchan in a pivotal role and has been produced by Karan Johar. It is scheduled to release on August 15.

Alia will soon be seen in Meghna Gulzar's 'Raazi' that is being produced by Karan Johar and Junglee Pictures. The film which stars Vicky Kaushal in male lead is slated to release on 11 May 2018. She has also begun shooting for Zoya Akhtar's 'Gully Boy' opposite Ranveer Singh.