‘Dil Juunglee’, produced by Deepshikha Deshmukh and Jackky Bhagnani, is slated to release on 16th February. 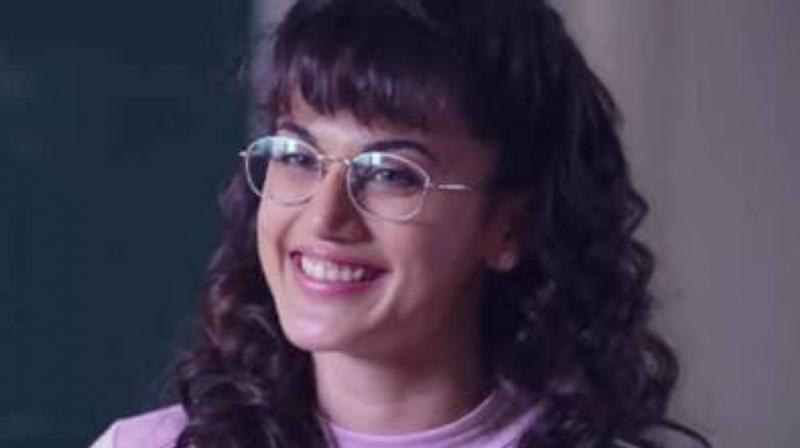 Taapsee Pannu in a still from 'Dil Juunglee.'

Mumbai: Actress Taapsee Pannu whose last film ‘Judwaa 2’ was a hit at the box office, will soon be seen in ‘Dil Juunglee’, a romantic comedy starring Saqib Saleem.

The trailer of the film was out a few weeks ago and her character Koroli Nair carries a cute and bubbly look. She wears a glass and has curls – looking almost like a geek, but obviously, the cute and adorable one.

We now hear that her look in this film is inspired by Anne from ‘The Princess Diaries’. A source close to the actor mentioned, “In the first half of the film, she plays an English teacher who is nerdy and goofy, and lives life on her own terms. Her look in the film goes through changes as she grows up. Interestingly, her look in college is inspired by none other than Hollywood actress Anne Hathaway's role, Mia Thermopolis, in ‘The Princess Diaries’ (2001). It is one of the most iconic films and Anne's pre-makeover look in the film became quite popular.”

Taapsee's character, similar to Mia, has fringes with long curly hair and sports glasses. The source adds, “The two characters even share a lot in common on screen. Both the characters burst with life and are full of innocence. Taapsee, too, is a huge fan of the film and loves Anne Hathaway. It was exciting for her to go through the process to adapt to this peculiar look.” 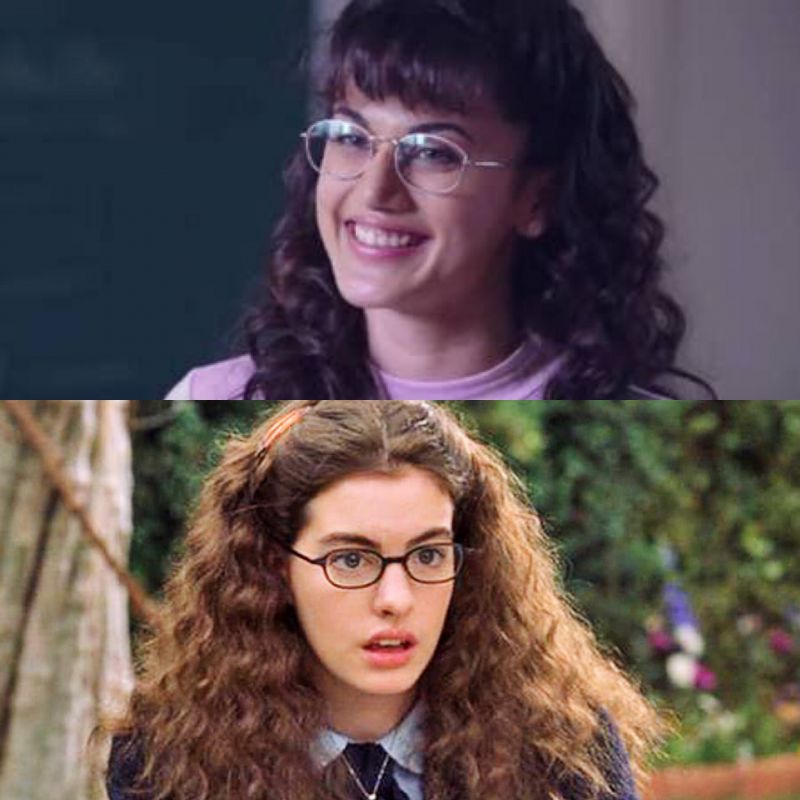 ‘Dil Juunglee’, directed by Aleya Sen Sharma and produced by Deepshikha Deshmukh and Jackky Bhagnani, is slated to release on 16th February.