It’s official: Katrina and Varun to team up for Remo’s ‘biggest dance film’

The two actors will be working together for the first time in the project, which might just be the next installment of 'ABCD.' 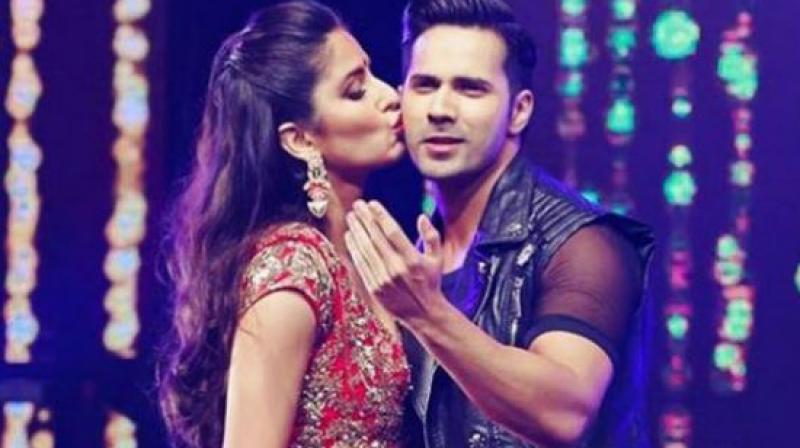 Mumbai: Boasting of a near-perfect run at the box office in his over five-year journey in Bollywood, Varun Dhawan is undoubtedly on a roll and his recent line-up of films have only further highlighted this status.

After starting off with younger actresses like Alia Bhatt and Kriti Sanon, the actor has now gone to work with those who’ve joined the industry before him, the so-called ‘veterans’.

After signing up opposite Anushka Sharma in ‘Sui Dhaaga’, Varun will be seen opposite another experienced name, Katrina Kaif.

The duo have been confirmed for Remo D’Souza’s dance-based film, which will be produced by Bhushan Kumar of T-Series.

The makers have dubbed the project ‘India's biggest dance film’,  but in all probability this could be Any Body Can Dance or ABCD 3 as it reunites Varun and Remo and other members of the cast like Prabhudeva, Dharmesh Yelande and Punit Pathak have also been confirmed as a part of the cast along with Raghav Juyal.

Remo is set to direct this film after he completes Salman Khan-starrer ‘Race 3’, which is slated to hit the theatres on Eid this year.

This film will start rolling later this year and release on November 8, 2019.

Varun is likely to start work on it after promotions for Shoojit Sircar’s ‘October’ and completing shoot for ‘Sui Dhaaga’.

Meanwhile, Katrina Kaif is also on a roll with two biggies, Shah Rukh Khan’s ‘Zero’ and Aamir Khan’s ‘Thugs of Hindostan’ and this one surely can be termed the third one.