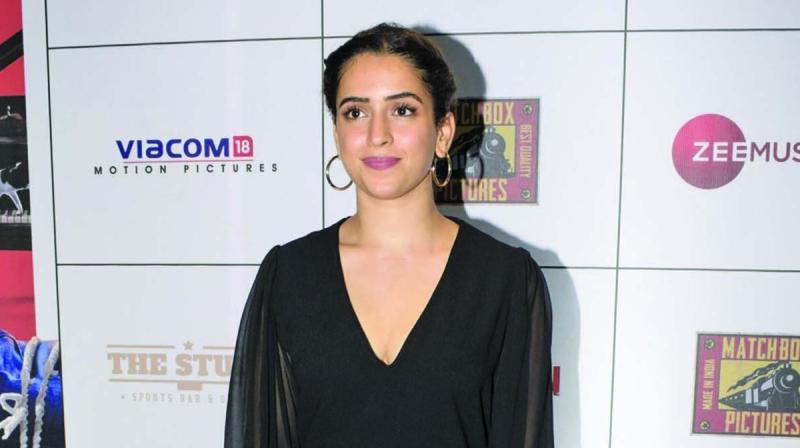 Mumbai: Nawazuddin Siddiqui and Sanya Malhotra starrer Photograph has finally hit the screens last Friday. The Ritesh Batra's directorial venture has got a positive response from the critics. Especially, Sanya's de-glamourous in the film has caught everyone's attention. Apart from that, her chemistry with Nawazuddin is one of the plus points of the film.

Speaking about Nawazuddin Siddiqui, Sanya said, "Nawazuddin is an inspiration for me. He's is one of the spectacular actors of Indian cinema. I never interacted with him earlier. Hence, I had watched all his interview to get to know about him a bit more. He's such a lovely co-star and actor. He never shows his personality on the sets. He made my whole Photograph journey very easy and smooth."

Repost from @photographamzn- It all started with a 📸 Take a look at the official U.S. poster for #PhotographMovie, directed by #RiteshBatra starring @nawazuddin._siddiqui and @sanyamalhotra_ Coming to U.S. theaters soon.

Despite working in films like Dangal, Badhaai Ho and Pataakha, Sanya's performances have always been unnoticed by audiences. Notably, on Koffee With Karan 6, Rajkummar Rao had also stated that Sanya is one of the underrated actresses in Bollywood. Speaking about Rajkummar's comment, 'Dangal' actress expressed, "It was so nice of him to say that. My mother felt very happy. Getting compliment from Rajkummar as well as Bhumi is a privilege for me. I'm very happy about that."

Speaking about change in stardom, Sanya stated, "I don't call myself an actor yet. I learn something new with every film. I don't concentrate about stardom as I always wanted to be an actor and remain to be the same." Photograph is based on a unique take on a human relationship. When asked about two aspects which make a human relationship strong, Sanya said, "There would be trust and connection. I think trust is the most important one in every relationship. If you don't have a trust with a person then you can't have a conversation with them. Secondly, emotional connection is also very important in every relationship. We humans have that power to express ourselves through various emotions."