Earlier, the singer's remark about 'Azaan' outraged a certain sect of the Muslim organisation, with a fatwa being issued against the singer. 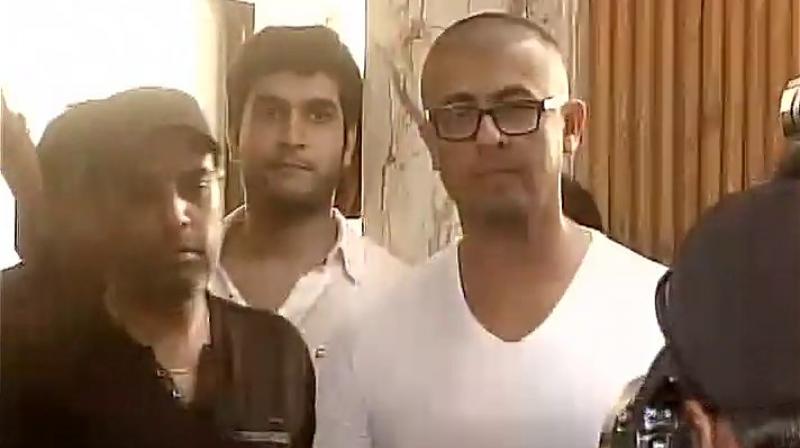 Mumbai: Singer Sonu Nigam, at the centre of a controversy after his 'gundagardi' comment, on the Azaan, shaved his head on Wednesday -- just as he had said he would -- to collect Rs 10 lakh award a Maulavi had promised anyone who could "shave his hair, put a garland of old torn shoes around his neck and tour him across the country".

Earlier, the singer's remark about 'Azaan' outraged a certain outlet of the Muslim organisation and the clerical had issued a fatwa against the singer.

A daily quoted the Maulavi as saying, “If anyone can shave his hair, put a garland of old torn shoes around his neck and tour him around the country, I personally announce an award of Rs.10 lakhs for that person.”

Sonu had taken it as a challenge and took to Twitter to announce that he’s ready to shave his head off and instigated the Maulavi to carry Rs. 10 lakhs at his residence.

At the press conference, Sonu had stuck to his statements and said, “I believe in all faiths and I didn’t speak against any religion.”

The singer, who was branded as an 'anti-Muslim' for his tweets, said: "Jiss insaan ne poori zindagi Mohd Rafi sahab ko apna pita maana hai, jiske guru ka naam Ustad Gulam Mustafa Khan sahab hai, us insan ke baare mein koi aisa soche, kahe ya taunt kare ki anti-Muslim hai, toh ye meri problem nahi hai, ye aapki problem hai. (I am someone who spent my entire life idolising Mohd Rafi as my father figure, I am someone whose teacher is Ustad Gulam Mustafa Khan, and I am being labelled anti-Muslim… it’s not my problem but the other person’s.)"

Sonu Nigam also stressed over how it was his democratic right to have an opinion, "This is a social topic and not religious and I have a right to my opinion.”

For the last two days Sonu Nigam has been at the receiving end of severe criticism after his tweets on the 'Azaan' went viral. 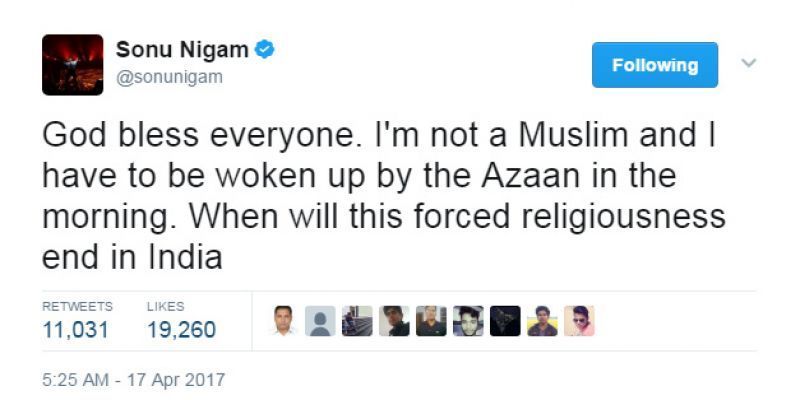