Getting mentored by Madan Lal for ‘83, Singer Harrdy Sandhu shares his experience

Harrdy Sandhu who first played the under 19 cricket team, has recently finished his 10-day schedule in Dharamshala. 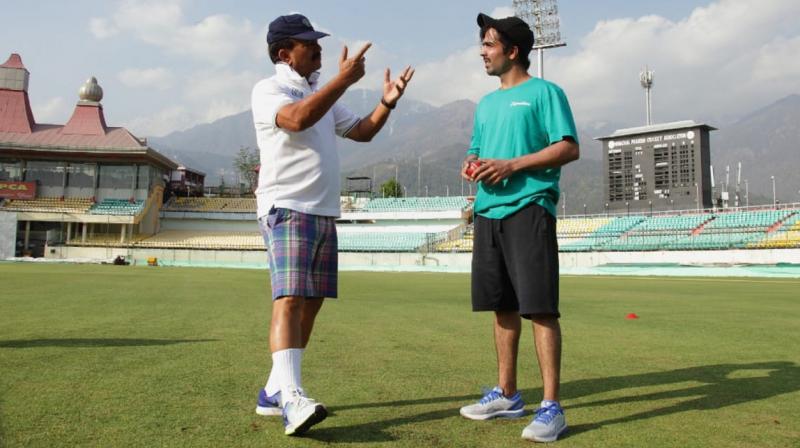 Mumbai: It is not always, one gets the guidance, directly from the personality that he is portraying the role of on-screen singer Harrdy Sandhu feels lucky. Kabir Khan’s upcoming directorial, ’83 which marks the acting debut of singer, Harrdy Sandhu, who will slip into the character of the former legendary cricketer, Madan Lal is taking lessons on his overall demeanour- including the walk and talk of it.

Harrdy Sandhu who first played the under 19 cricket team, has recently finished his 10-day schedule in Dharamshala along with the entire team.

Talking about his experience Harrdy Sandhu shares, “ The entire team had a boot camp for 10 days in Dharamshala, where we were training with players who were a part of ’83 World Cup team. So, Madan Lal sir came for two days and I got to learn a lot from him. Training in cricket with the man himself was a lot of fun for me. While it was easy for me to learn about the game as I have played cricket for over 10 years, learning how to walk and talk like Madan Lal sir was the trickiest part”.

He further adds, “It is a big challenge to train an actor to copy one’s action to perfection, but all the actors are really working hard and putting in a lot of effort. I am confident that by the time they start shooting for the film, they will be perfect at it. Kabir Khan has asked us a lot of questions regarding the '83 World Cup and he has studied every aspect of what happened then. It was a great experience with all the actors together for a 10-day camp”.

Tracing the historic victory of 1983 World Cup, Kabir Khan's upcoming directorial will star Ranveer Singh as the former Captain of the Indian Cricket Team, Kapil Dev. The film '83 would be Ranveer Singh's first trilingual film to be made in Hindi along with two other regional languages, namely Tamil and Telugu. Directed by Kabir Khan, the sports film will bring to light one of the most important events in the history of Indian cricket. The film will be shot at real locations and will be going on the floor, early next year.