In a letter addressed to CBFC Chief Prasoon Joshi, the Indian Psychiatric Society said it takes objection to a number of issues. 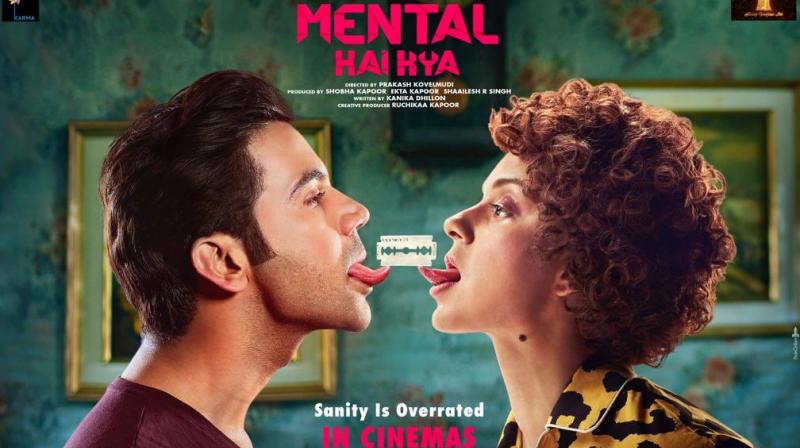 Mumbai: The Indian Psychiatric Society (IPS) has written a letter to the Central Board of Film Certification (CBFC), arguing that the posters of Kangana Ranaut and Rajkummar Rao-starrer "Mental Hai Kya" depict mental illness in poor light.

In a letter addressed to CBFC Chief Prasoon Joshi, the IPS said it takes objection to a "number of issues", as the movie, backed by Ekta Kapoor's Balaji Motion Pictures, seems to violate many section of Mental Health Care Act, 2017. "We take serious objections to the title of the movie which is discriminative, stigmatising, degrading and inhuman in projecting mental disorders and persons who suffer from mental disorders," the letter read.

"We strongly demand the title to be removed with immediate effect preventing further damage to the modesty of mental health service users," it added. The IPS said every citizen of the country is governed by the Mental Health Care act 2017 and it is a legal obligation to be aware about the mental health and reduce stigmas associated with it. It also asked material from the film which violates the act to be censored.

"The Central Board of Film Certification being a quasi-judiciary body makes it more legally bounded to set an example to the citizens and be guardian of rich Indian heritage and culture. "We also demand to censor any sequence that is violating the rights of persons with mental disorder. We presume this letter as a legal warning to any such events, currently or in future, subjective that comes under the purview of CBFC," it added.