As per reports, Priyanka Chopra and Abhishek Bachchan might play parents to Zaira Wasim in a film based on a true incident. 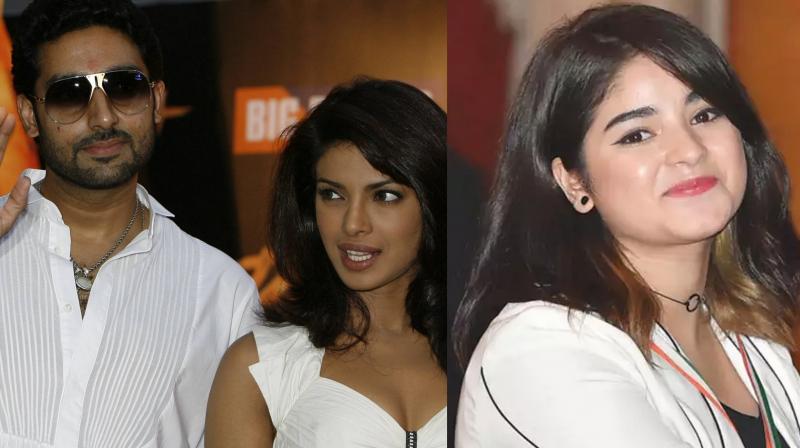 The film is said to be based on the real-life story of Aisha Chaudhary.

Mumbai: Priyanka Chopra, who is excited to make her Bollywood comeback with Salman Khan's 'Bharat', has reportedly bagged another project. Reportedly, Priyanka and Abhishek Bachchan are likely to reunite for director Shonali Bose's next film. Moreover, the ‘Secret Superstar’ actor Zaira Wasim is in talks to play the role of couple's young girl.

The film is said to be based on the real-life story of Aisha Chaudhary, a motivational speaker, born with an immunodeficiency disorder and was also diagnosed with pulmonary fibrosis at the age of 13.

Talking about this development, a source revealed to Mumbai Mirror, “Zaira really liked the script and has given her nod to the project. Shonali is currently busy with the pre-production and is hoping to start shooting by the middle of this year in Mumbai. Priyanka and Abhishek will play parents to Zaira’s character.”

The makers are expected to do an official announcement of the film very soon.

On the work front, Abhishek will next be seen alongside Taapsee Pannu and Vicky Kaushal in Anurag Kashyap's ‘Manmarziyaan’. PeeCee will soon start shooting for 'Bharat' with co-actors Salman and Disha Patani.