Entertainment   Bollywood  19 May 2020  Was all the hype around 'Paatal Lok' worth a watch?
Entertainment, Bollywood

Was all the hype around 'Paatal Lok' worth a watch?

Paatal Lok, produced by Anushka Sharma, is written by Sudip Sharma (who wrote Udta Punjab,NH10) and directed by Prosit Roy and Avinash Arun 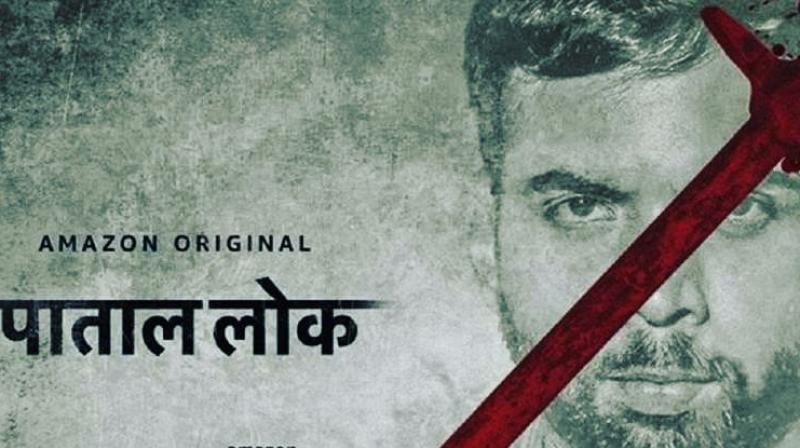 Paatal Lok, a riveting crime-drama about cops, criminals, police investigation, politics and power games, arrived this Friday and is already a huge hit, with a fan following that is growing by the minute. It deserves every bit of the fawning, and more.

Especially its excellent, accomplished ensemble of actors, led by Jaideep Ahlawat, an actor who made an impression in the opening sequence of Gangs of Wasseypur (2012), and has finally got a role that he could sink his teeth into.
Paatal Lok, produced by Anushka Sharma, is written by Sudip Sharma (who also wrote Udta Punjab, NH10) and directed by Prosit Roy and Avinash Arun (who directed the beautiful 2014 Marathi film, Killa).

The plot and characters are quite obviously based on Tarun Tejpal’s book, The Story of My Assassins, though the credits don’t mention it.

Paatal Lok opens when an anonymous tip is received by the CBI and a crime that was about to take place is averted. Four men are arrested  Hathoda Tyagi (Abhishek Banerjee), Tope Singh (Jagjeet Sandhu), Cheeni (Mairembam Ronaldo Singh) and Kabir M (Aasif Khan)  and there are no clues except the target. That is Sanjeev Mehra (Neeraj Kabi), a star-journalist and TV anchor.

The case is assigned to Hathiram Chaudhary (Jaideep Ahlawat), a beat cop, and his junior officer at the thana, Imran Ansari (Ishwak Singh), who is preparing for his civil services exam.

The case is very important to Hathiram, not just to finally get a long-overdue promotion, but to also prove his worth to himself.

As he begins the investigation, different worlds and their characters come into play. There’s the CBI and its officers who walk with an officious, haughty air that’s heavy with their own compromises and rot within. There’s the media and its divas.

But everyone seems to be a pawn and it’s not really clear who is moving them. Only two people seem to be who they are the lowly cop and the lowly criminal.

As Hathiram and Imran follow leads, trace the lives, misdemeanours and motives of each accused, the trail leads them away from the city, into a labyrinth of back stories in villages where caste hierarchy and land disputes are settled by rapes, and a dalit uprising can be nipped with a beheading.

The village here is not a place of idyllic charm. It is often more violent and lawless than the cities and pivots on the terms and whims of upper caste men for whom women and their bodies are like games of knots-and-crosses drawn in the mud.

As Hathiram progresses, the show’s focus narrows to three men and their lives the cop, the criminal and the journalist. We see them in their personal spaces something that has now become standard for all crime stories and police procedurals, from Trapped to Mindhunter.

In a lovely bungalow is Sanjeev's dog-loving wife Dolly Mehra (Swastika Mukherjee) and at office there’s a reporter, Sara Matthews (Niharika Lyra Dutt).
Hathoda Tyagi’s only link with the world seems to be one Masterji.

While it is all still unraveling  the politics of the investigation, the corruption and compromise of media, leads suddenly going dry, people turning up dead, screw ups  all answers, it is announced, have been found.

All roads lead to men with ISI links, Pakistani passports, maps, weapons, ammunition, jehadi literature, assassination plots. And for it all to make sense, “Batla House” is thrown into the mix.

Paatal Lok's screenplay is sharp, political and it's hell bent on showing us the horror of our reality, how an ugly India is getting uglier. So it draws generously from our world, from stuff happening around us.

While there are some direct references to certain horrific incidents the assassination of Gauri Lankesh, a lynching on a train,  etc Paatal Lok’s main characters are amalgamations of many. Instead of pointing at just one, they point at the crumbling pillars of democracy.

At one level the show treats us to a vivisection of Delhi where relationships are forged not between people but between the power they wield, the favours they can pull, the deals they can strike, and it also shows how, when left deliberately unattended, a nation’s taste for violence grows more murderous. We see how fast it is moving from the dusty villages to cities.

Paatal Lok is quite relentless in showing the rising bigotry that now runs through the veins of our sarkari institutions, and how words like “inki community” said in a meeting, over a cup of tea are no different or less objectionable than the loud chants of “mandir yahin banayenge”.

Paatal Lok, however, is not for the tender-hearted. It is abusive, relishes gory violence and is often crass. But, as the suspense and tension build up to unbearable levels, you can’t help but binge watch it.

Paatal Lok has a huge cast and everyone is quite good, especially Abhishek Banerjee, Ishwak Singh andNeeraj Kabi. They inhabit their characters and spaces with an ease I haven’t seen in our serials for a while.

But Jaideep Ahlawat, who leads the charge without missing a beat as Hathiram Chaudhary, is the moral compass with whom we negotiate this paatal lok. I have a feeling we will be on another outing with him very soon.