Dhadak: Janhvi Kapoor’s special tribute to Sridevi all set to make you emotional

Sridevi was at her nephew Mohit Marwah’s wedding in Dubai, where she breathed her last in February. 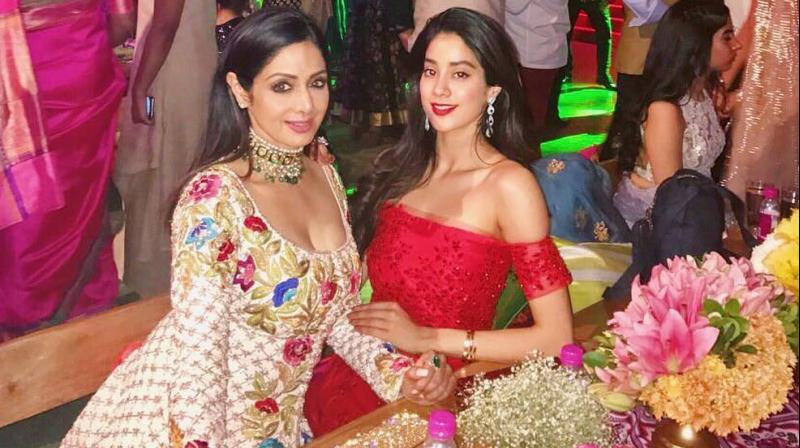 One of the, actually probably the biggest tragedy Bollywood witnessed right in the beginning of 2018, was the untimely demise of their female superstar Sridevi.

The actress was at her nephew Mohit Marwah’s wedding in Dubai, where she breathed her last in the second month of the year, February.

All of this happened before she could even see her daughter Janhvi Kapoor make her on-screen debut with Karan Johar’s production movie ‘Dhadak’.

Sridevi was so excited for ‘Dhadak’ that she also spoke about her daughter and the movie as often as possible, and promoted that more than herself or her movie ‘Mom’.

A source revealed to BollywoodLife, “Janhvi has written a heartfelt note to Sridevi which has been attached in the very beginning of the film, along with their picture. She wanted to dedicate her first film to her mother and it was only obvious for the makers to include this special tribute in the film.”

‘Dhadak’ releases in theatres on Friday and starring Ishaan Khatter with Janhvi, the Shashank Khaitan (Dulhania series fame director) directorial is an adaptation of the Marathi blockbuster ‘Sairat’.