His comments about Kabir Singh give the impression that the actor is jealous that the remake has outdone Arjun reddy. 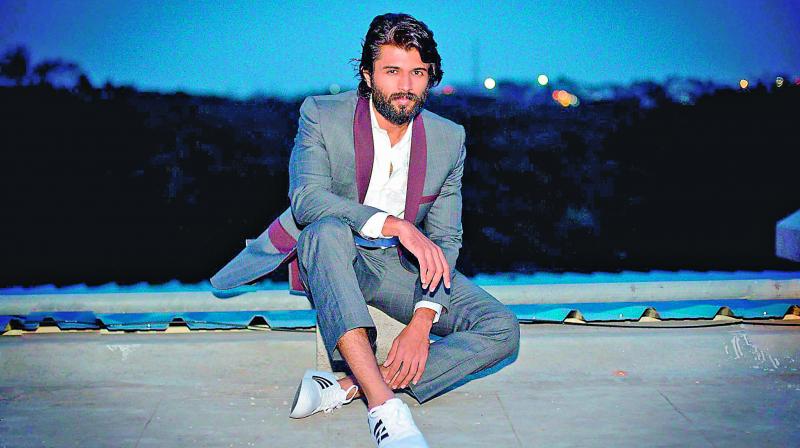 Up until its release, Hindi film Kabir Singh was addressed with a suffix —‘the remake of Vijay Deverakonda starrer Arjun Reddy’. But all that seems to be passé and has faded into oblivion as the Shahid Kapoor-starrer all set to break into `300 crore club, signifying the magnitude of the film’s success.

While the buzz and critical comments about Sandeep Vanga’s directorial catapulted the film to a different level altogether, the man who starred in the original, Vijay Deverakonda, seems elusive and is refraining from commenting on the remake.

Although Vijay wished the team of Kabir Singh immense success ahead of its release, the actor reveals that he is yet to watch the film. In fact, it appears that he has no interest in even watching it!

When Vijay was recently asked about his take on Kabir Singh, he said, “Shahid has gone through the character and there is nothing for me to watch it again. I know the story; I have done that film, why will I watch it again?”

He further stated, “Kya picture, kya dekhenge. I wanted the Hindi film to be a big hit because Sandeep is my man. But unexpectedly, it became a blockbuster. Done. No more discussion there.”

The outspoken actor’s apathetic answers seem to be pointing towards a strong case of envy especially since the remake has totally overpowered the original.

Film critic Jalapathy Gudelli opines that Vijay could be jealous of the fact that the Shahid Kapoor-starrer became a bigger brand than the original. “Perhaps Vijay should have seen the film and said something positive about it; there’s no hard and fast rule that you shouldn’t watch your own film that’s being remade in another language,” shares Jalapathy, adding, “Or maybe he is jealous because Kabir Singh is a bigger hit than his own Arjun Reddy or it could be a case where he wants to avoid fielding unnecessary questions on Kabir Singh’s toxic masculinity.”

Coming quickly to Vijay’s defence, filmmaker Harish Shankar states that watching a film is one’s personal choice and that it doesn’t have anything to with being envious. He further adds that Vijay lived the character of Arjun Reddy so well that he may have fond memories associated with it.

Harish, who successfully remade Salman Khan-starrer Dabangg in Telugu as Gabbar Singh, states, “We shouldn’t find fault with Vijay just because he said that he doesn’t want to watch Kabir Singh. Vijay worked so hard to get to where he is today and we need to appreciate him. Moreover, he is in a position where he need not be jealous of anyone. People are reading too much between the lines.” Interestingly, when Gabbar Singh became a hit, Salman Khan congratulated Harish and his team.

Meanwhile, director Mani Shankar looks at the issue from an artistic perspective. The Hyderabad filmmaker asks that if Vijay gave everything for playing the role of Arjun Reddy, then why would he want someone else to do an encore. Describing Vijay’s comments as the ‘hallmark of a dedicated actor’, Mani says, “It is unfair to criticise Vijay, he is loyal to whatever he is doing now. If Vijay said that he doesn’t want to see Kabir Singh, then it is a sign of a dedicated artiste and not of jealousy or arrogance.”

He adds, “If he had watched the Hindi version, perhaps he would have been distracted from the current character that he is playing. And in method acting, people do love to live in intense roles even when they are not shooting. Vijay should be appreciated for his honest comments.”