Other friends of the director, including Bajpayee, filmmakers Anubhav Sinha and actor Urmila Matondkar paid tributes to the late director 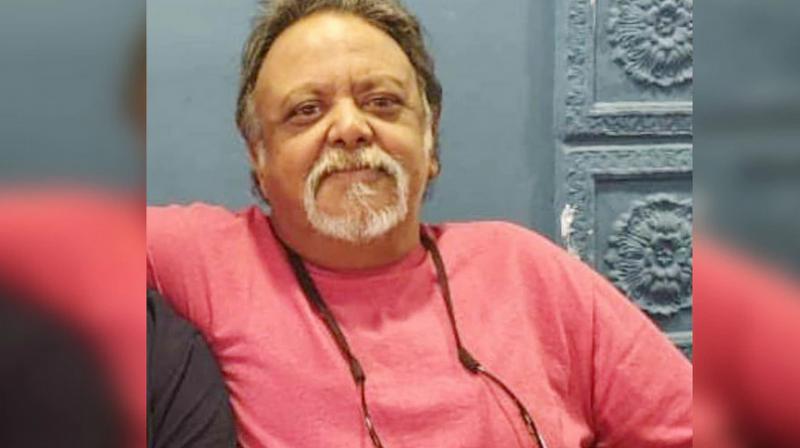 Mumbai: Filmmaker Rajat Mukherjee, best known for directing Manoj Bajpayee-starrer "Road" and romantic thriller "Pyaar Tune Kya Kiya", passed away due to kidney ailments in the wee hours of Sunday. He was in his late 50s.

Producer Anish Ranjan, a close friend of Mukherjee's, said the director breathed his last in Jaipur, where he had gone to be with his family for Holi but got stuck when the coronavirus-induced nationwide lockdown was announced.

Ranjan said the director had developed breathing issues over a month ago and had gone to get a COVID-19 test done, when the doctors realised that his "sodium potassium levels" were imbalanced.

"He had kidney and heart issues as well. About 12-15 days ago, one kidney was removed. He was on dialysis and had come back to his house. On Saturday, he went for dialysis and returned around 8 pm.

"His wife, who was taking care of him, realised something was amiss. By the time the ambulance arrived and he was taken to a nearby hospital, he was declared dead," Ranjan told PTI.

Other friends of the director, including Bajpayee, filmmakers Anubhav Sinha, Hansal Mehta and actor Urmila Matondkar paid their tributes to the late director.

Bajpayee recalled filming the 2002 thriller "Road" with Mukherjee and said his passing was shocking.

"I will always remember the shoot days of 'Road' and how we created it while having so much fun all because of you! Will miss you dearly my friend Rajat... Still can't believe that we will never meet or discuss our work ever again. Be happy, wherever you are," Bajpayee wrote on Twitter.

Matondkar, who worked with Mukherjee in "Pyaar Tune Kya Kiya" in 2001, said she was saddened to hear about his demise.

"A talented and live wire personality who made this rare gem of a Film. Deepest condolences to his family. Rest in peace dear friend," she wrote on the microblogging site.

Mehta said Mukherjee was one of his oldest friends from his struggling days.

"Rajat Mukherjee, director of 'Pyaar Tune Kya Kiya' and 'Road' was a friend from our early, early struggles in Bombay. Many meals, many bottles of Old Monk consumed. Many more to consume in another world. Will miss you dear friend," the "Aligarh" director wrote.

Sinha said that in Mukherjee's death, he had lost a friend.

"Another friend gone too soon. Director Rajat Mukherjee. He was dealing with multiple health situations past few months in Jaipur. Go well mate," he added. Mukherjee is survived by wife, mother and brother.