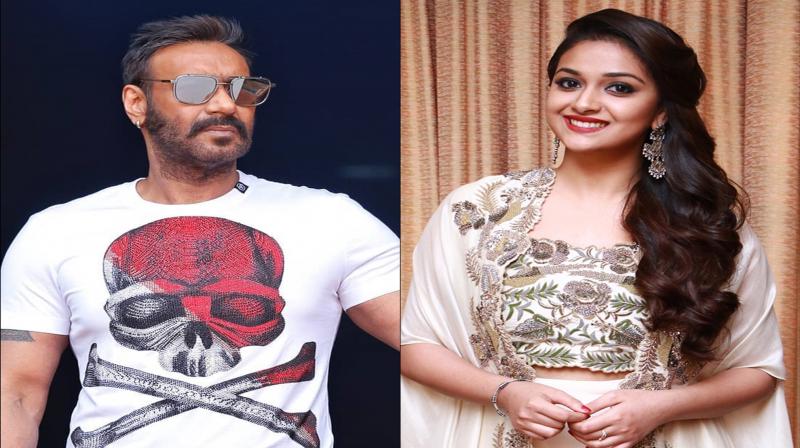 New Delhi: Ajay Devgn is all set to highlight the golden years of Indian Football with his upcoming film 'Maidaan', which went on floors on Monday.

The 'Singham' actor will be seen alongside National Film Award winner Keerthy Suresh. The film is directed by 'Badhaai Ho' fame filmmaker Amit Ravindernath Sharma while Boney Kapoor, Akash Chawla, and Arunava Joy Sengupta will be producing the film.

Ajay shared the poster of the film on his Twitter handle. The poster shows a huge football in the shape of a globe and the 'The Golden Era of Indian Football' is described from 1952-1962 written on it. The poster also gives a glimpse of a jam-packed stadium with a match being played in it.

A proud son, Arjun Kapoor appreciated his father for bringing forth the "untold story" to the audience. "So proud of Dad, Amit and Ajay sir for telling this untold story of the golden years of football..," he tweeted.

Meanwhile, Ajay who was last seen in 'De De Pyaar De' will feature next in 'Bhuj: Ride of India' where he will essay the character of Squadron Leader Vijay Karnik who was in-charge of Bhuj airbase during the 1971 war, which remained operational despite facing heavy bombing from Pakistan.