Anushka's pic in colourful bikini is too hot to handle, see Virat's reaction inside

The 31-year-old actress is currently holidaying in West Indies where Virat is there for a test series with team India. 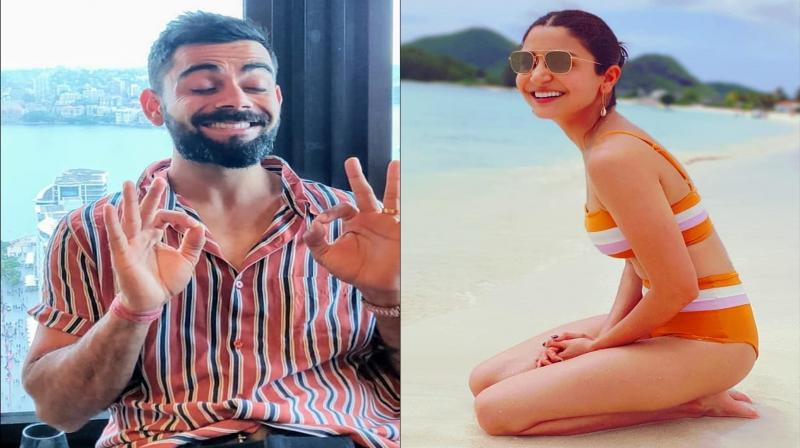 Well, the 31-year-old actress is currently holidaying in West Indies where Virat is there for a test series with team India. Amidst all, Anushka shared a sun-kissed picture of herself in a bikini on Instagram.

In this picture, Anushka in colourful bikini is looking stunning and set the internet on fire. Flaunting her body curves and million-dollar smile, Anushka is nothing but looking like a free girl in this photo. However, the one thing which caught everyone's attention is her hubby Virat Kohli's reaction to the hot bikini picture of his wife Anushka Sharma.

Virat posted a lovestruck emoji on his wifey's bikini picture. Notably, he was the first one to react.

On the work front, Anushka Sharma was last seen in Zero which also starrer Shah Rukh Khan and Katrina Kaif. The film tanked at the box-office.