Amitabh Bachchan looks magnetic and larger than life, whereas Chiranjeevi appears ruthless and fierce in their respective posters. 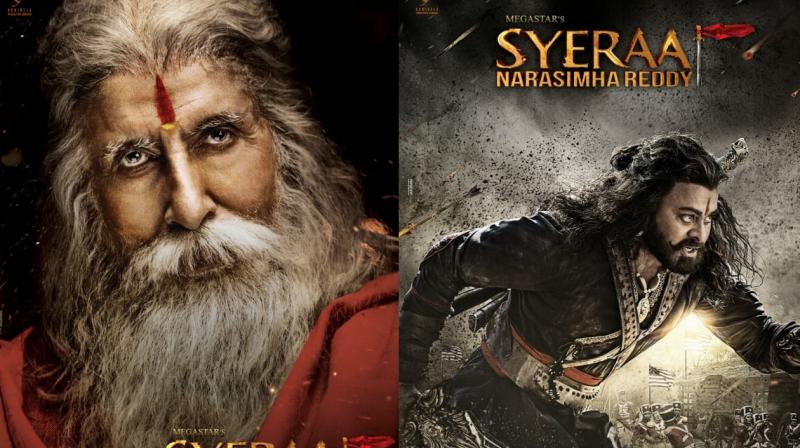 Amitabh Bachchan and Chiranjeevi in the posters of Sye Raa Narasimha Reddy.

Mumbai: In a notable collaboration, living legends from the two biggest film industries of India- Bollywood and the south film industry, Amitabh Bachchan and Chiranjeevi respectively, are coming together on screen for the first time in upcoming period drama ‘Sye Raa Narasimha Reddy’!

The recently released character posters from the film are looking magnetic as they have the most powerful superstars come together for the first time and form an enigmatic cast. Amitabh Bachchan looks magnetic and larger than life, whereas Chiranjeevi appears ruthless and fierce in their respective posters.

The period drama is based on the life of freedom fighter Uyyalawada Narasimha Reddy who fought in what is known to be the first war of Independence against the British Rule in India.

Produced by Ram Charan, Excel Entertainment and AA Films in association with Konidela Productions, SyeRaa Narasimha Reddy stars the GREATEST Indian ensemble cast of all times. The film is directed by Surender Reddy and is slated to release this year.