The whole nation is ready to celebrate the World Saaho Day on 30th of August as the film releases on the same day. 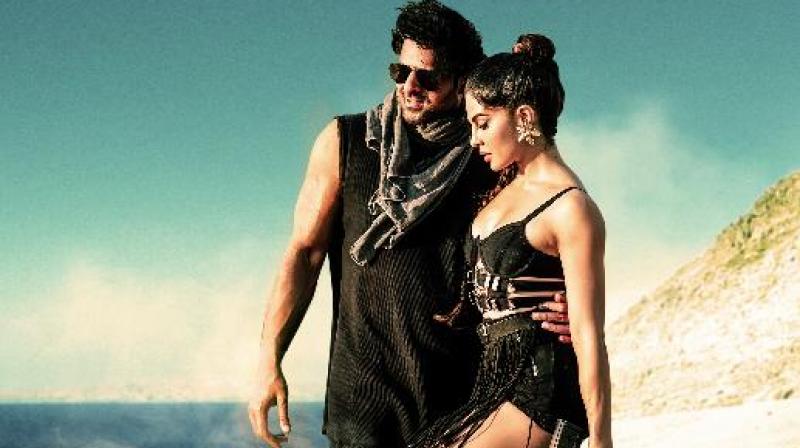 Jacqueline Fernandez and Prabhas in the song.

Mumbai: Jacqueline Fernandez has set the record of giving chartbuster songs with her impeccable dance and killer moves. The actress is all set to sizzle in Saaho's upcoming song ‘Bad Boy' featuring her and lead actor Prabhas where the audience is already awaiting the groovy number to add on to their playlists!

Considering Jacqueline's more than perfect dance skills, the maker had got her on board for this special song alongside Prabhas which gives the audience a brand new pair on screen with the upcoming song of Saaho 'Bad Boy' which has upped the excitement meter already.

The actress has recently shot the special song of Saaho with Prabhas in Austria. On her first-ever collaboration with Prabhas and overall experience working with the team down South, Jacqueline Fernandez shares, “We went into this song completely blindfolded, and yet, it’s turned out very well. It’s the first time that I worked with a team down South, and I was amazed that they work at such a fast pace. They’re so professional and well-prepared. Prabhas rehearsed all his moves with me on the set till he had nailed it.”

The first glimpse of the song 'Bad Boy' was shown at the special pre-release event of Saaho in Hyderabad. Since then, the applauds are pouring in and fans can't keep calm to witness the magic of Jacqueline and Prabhas together on screen for the first time ever in Saaho.

The film Saaho has already hit the right chord across the quarters with its superb trailer and the songs that have been released, so far. The fans are all set for Jacqueline and Prabhas's new song 'Bad Boy'.

The whole nation is ready to celebrate the World Saaho Day on 30th of August as the film releases on the same day. Starring Prabhas, an actor who enjoys pan India appeal. Paired with Shraddha Kapoor, the movie is being shot in three languages, Hindi, Tamil, and Telugu, simultaneously.