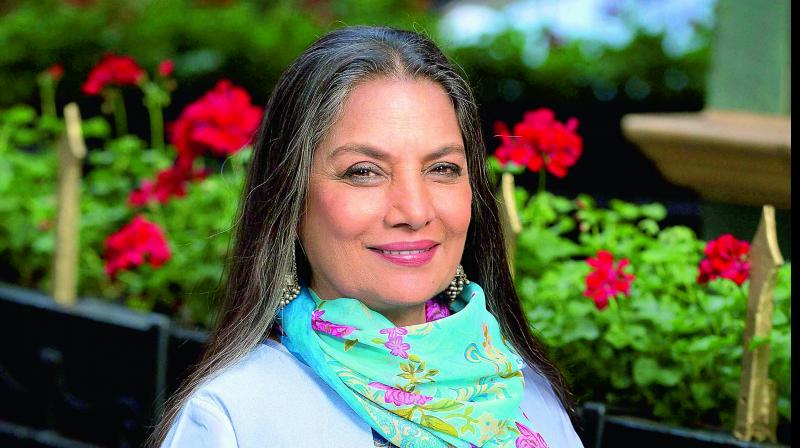 Veteran actress Shabana Azmi has turned producer for her brother Baba Azmi to pay homage to their father, the late Urdu poet Kaifi Azmi, with a feature film Mee Raqsam.

The film celebrates India’s composite culture and the spirit that Kaifi followed throughout his life.

Shot in Mijwan, the birthplace of Kaifi, Shabana feels ecstatic to reveal that the film would have made her father proud.

“India’s greatest strength is her diversity and pluralism. The film makes a distinction between religion and cultural heritage. We must, as a society, stand up against obscurantism and embrace our composite culture.

Mee Raqsam is a film that would have made Kaifi very proud. The film was launched in Mijwan on his birthday in his birth centenary year. There can be no greater tribute paid by a son to his father,” says the actress.

She has become a role model for all the girls of Mijwan and nearby villages. “For a village so tiny that it didn’t exist on the map of India, Mijwan has given hope and the courage to dream to hundreds of Aditis.This would have made Baba so happy that it brings tears to my eyes,” Shabana says.

Aditi was discovered by Baba after auditioning hundreds of young girls in Mumbai, she said, adding, “Many of them were good but what he missed was the authenticity of a village girl. He then decided to look for her in Mijwan because he had decided to shoot the entire film there. Aditi had never faced a camera before, but she was game to do an audition, which she shot on her phone with her sister helping her"