The queen stumbles with Simran

Trade analyst Amod Mehra, however, says that the film is not a total loss. 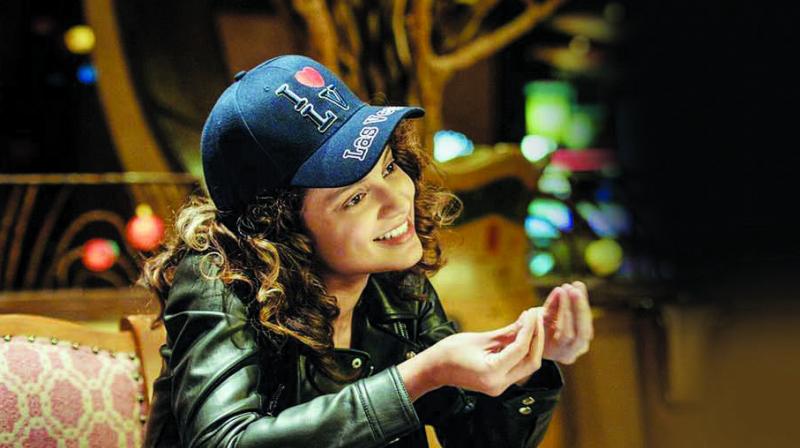 Despite all the buzz around the film, trade analysts and critics agree that Simran has been a disappointment at the BO at the end of the first weekend.

‘Queen’ Kangana has been at the centre of all Bollywood gossip over the past few months, with her spats with Simran director Hansal Mehta, writer Apurva Asrani and, of course, her ex-lover Hrithik Roshan splashed all over the papers. These controversies were it to have some effect on her film Simran. Now that the first weekend of collections are over, as the dust finally settles, most experts agree that the film has missed its target by a mile with its Rs 10.55  crore total over the weekend.

“The collection over the weekend was something around Rs 10 crore, which is decent, but when you look at the cost of filming it, it’s not hit the mark at all,” says film distributor Rajesh Thadani. “With all the hype around the film, it hasn’t really done as well as was expected. There will probably me a minor increase in the evening and night shows over the week. However, while the film is not a flop, it’s certainly not a hit either,” he adds.

Film critic Raja Sen points out that a layperson was too focused on the actress to pay much attention to the film, after the string of controversies that followed. “The problem was that no one was talking about the film at all. All that was in the limelight was Kangana and her various controversies. Neither she nor the makers of the film were actually talking about Simran. There are those who are also saying that it was an opportunistic move on her part to be speaking about these controversies so close to the film’s release. If so, this is not a strategy that ever works. It’s just the industry that cares about her tiff with the writer of the film, Apurva Asrani. For a layperson, it is of no interest,” he says.

Trade analyst Amod Mehra, however, says that the film is not a total loss. “It had a decent opening and we can expect the numbers to keep up during the week. Overall, I’d say that it’s a fairly successful film,” he says.

Rajesh’s estimate of success is a bit different though. “If the film had collected closer to `15 crore at the box office over the weekend, we could have called it a hit. As it stands, we can’t call it one,” he rues.

Trade analyst and producer Amul Mohan calls the film an out and out flop, especially since the conservative cost for the film is a whopping Rs 30 crore. “It was an expensive film, shot in the US. Even though they took a minimal crew with them, shooting on foreign locations for as long as they did always has its repercussions. And the film has got only around Rs 10 crore over the weekend. I would say that it looks like a flop. The coming week also has a number of releases, so I highly doubt that it can make up for the losses,” he says, adding that the hype was mainly centred around the media and the film industry itself, with very few regular people actually picking up on the buzz and coming to watch the film.

Raja further adds that the following week may find even fewer people attending as word-of-mouth spreads about the movie.

“The film itself is also not up-to-the mark. People will go to the theatre expecting a Queen and they will be disappointed because this film is not the same and also has several problematic areas in terms of the story. The collections will probably taper down as word-of-mouth spreads,” he claims.