The actress reveals that it’s taken a lot of discipline and rehearsals for over 45 days to prepare for the production. 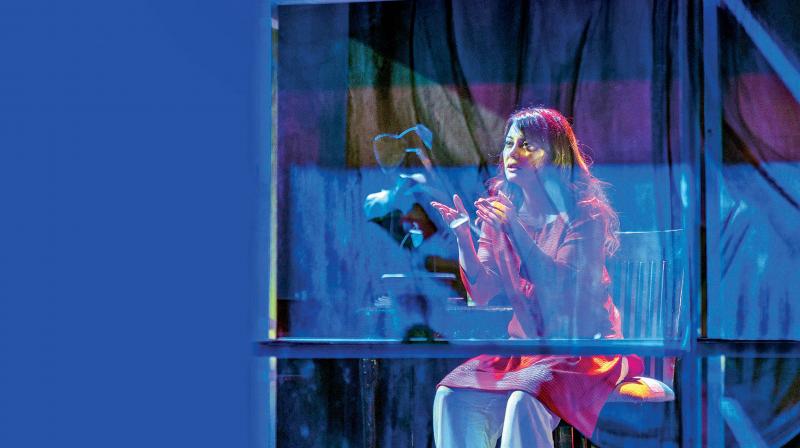 Minissha Lamba is making her theatre debut with Mirror Mirror, in which she plays 13 different characters.

Thirteen years after her debut in Yahaan, Minissha Lamba is all set to make her theatre debut in Ashwin Gidwani Production Mirror Mirror, written and directed by Saif Hyder Hasan, who has previously helmed critically and commercially acclaimed Ek Mulaqat, Gardish Mein Taare and Mr and Mrs Murarilal. The actress is proving that her talent isn’t bound by a medium as she will be enacting 13 different characters in the play about a pair of twins.

The actress says that the endeavour has taken quite a bit of un-learning on her part. “The body language needed for theatre is different from the one needed for a camera. I’ve been trying to understand the practical aspects of theatre, and whether my expressions are too subtle or too loud for the stage. Theatre doesn’t always have to be theatrical. It depends on the kind of story you are telling,” she says.

Her guide and mentor in this process of discovery has been Saif whose play is a reflection of the complexities of life and the impact that the people we come in contact with have on us. “Instead of having different people narrating the story, we have the protagonist, Minal, playing them all – that’s the USP of the play. It is a tale of sibling rivalry that involves many other people, told from Minal’s point of view. I play 13 different characters, and I transition between them, reporting their conversations,” Minissha says.

The actress reveals that it’s taken a lot of discipline and rehearsals for over 45 days to prepare for the production. “With theatre, you can make all the mistakes you want before the real show. But even then, the real deal is not easy. It’s like when you’re losing daylight while shooting for a film – you don’t have the option of a retake, and you have to go with the shot you give,” she says.

Talking about what compelled her to take up such a challenging project for her stage debut, she says, “As an actor, I found it conceptually interesting, and a challenge is the best thing you can ask for. This play is an actor’s dream, and I’m super happy to be playing all the characters. I am happy to be the only actor on stage,” she says.

“The stage is where you create your whole world. It’s up to you to bring energy and life to the story while standing in that rectangle in front of the audience. You don’t have cameras capturing shots from all angles for you to choose the best. You have an audience facing you, and the action’s happening live,” says the actress adding that for an actor, the medium doesn’t matter. “The medium may be different but the hours we put in are the same,” she concludes.