All work and no play for John Abraham

John’s next release, however, after Pagalpanti will be the Sanjay Gupta multi-starrer Mumbai Saga. 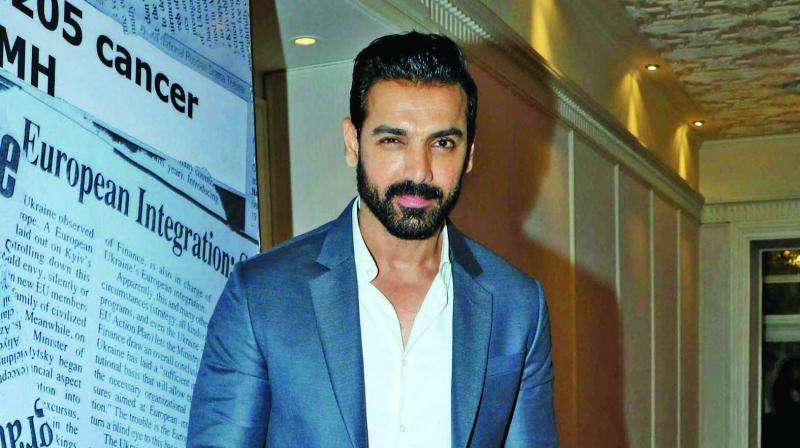 John Abraham is on a roll. The actor, who will be seen this week in the Anees Bazmee directed film Pagalpanti, has seven projects coming up as an actor-producer in the next three years.

Talking about his upcoming projects, an industry source reveals, “He has collaborated with Nikkhil Advani for a war film on the Gorkha regiment which will start next year. But this will be after the action-thriller film Attack, which is based on a true hostage crisis that he had announced a while ago with director Lakshya Raj Anand.”

Not only the actor is collaborating with new people, but he is also getting back with directors he has previously worked with. “After a good association with Abhishek Sharma in Parmanu, John has asked him to make another film for him called Ray. RAW may not have been a hit, but the director Robbie Grewal has found favour with John and will do a couple of films for John’s production house,” says the source adding, “John is also slated to do a film on motorcycle racing — a subject close to his heart. Rensil D’Silva is slated to direct the film as was announced by John a while ago.”

As reported earlier, John also has plans to remake the Jason Statham blockbuster The Transporter. Moreover, his football film 1911, which was supposed to be directed by Shoojit Sircar, has now been handed over to Nikhil Advani. There is also Satyamev Jayate 2 for Milap Zaveri, which is slated to go on floors once the director wraps up the script.

John’s next release, however, after Pagalpanti will be the Sanjay Gupta multi-starrer Mumbai Saga.