Entertainment   Bollywood  19 Nov 2019  'If I'm available on web, why will people watch me in theatres,' says Emraan Hashmi
Entertainment, Bollywood

'If I'm available on web, why will people watch me in theatres,' says Emraan Hashmi

The Hindi remake of the Spanish film of the same name, 'The Body' is scheduled to be released on December 13. 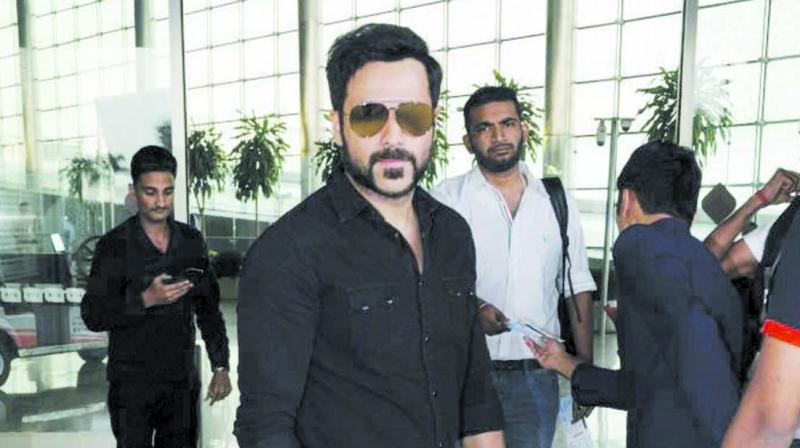 Mumbai: Actor Emraan Hashmi says he wants to strike a balance between films and web and says he hasn't given much thought about working more on streaming platforms. This year, the actor made his digital debut with Netflix's "Bard of Blood".

Emraan played Indian intelligence agent Kabir Anand in the series, based on Bilal Siddiqi's novel of the same name. "But as far as doing a lot of OTT, that's something I haven't given much thought. I am selective about it as you have to balance it out. If you're so readily available on OTT platforms then why would someone come and see you in a cinema hall?" Emraan told PTI in an interview.

The 40-year-old actor said the second season of the espionage drama is currently in the scripting stage and it is the only show he is committed to on the digital medium. "For me, 'Bard' was about exploring this worldwide audience with Netflix. I got a lot of offers for OTT platforms during that time. I get them even today. But I'll only be committed to the second season, whenever it happens. It is still being written, I don't know when it's going to start." The show, backed by Shah Rukh Khan's Red Chillies Entertainment, also featured Sobhita Dhulipala, Viineet Kumar, Kirti Kulhari, Jaideep Ahlawat, among others.

"Bard of Blood" was met with mixed reception upon its debut but Emraan said he is happy with the audience response. "Where probably that bit of criticism came in... By design the show was made to cater to a certain audience and penetrate into the mass centres too. We were juggling with two things... But what we were setting out to do, we accomplished that."

Despite a "few critics" who weren't impressed with the series, the actor said he was flooded with texts and calls after people watched the series. "I get a lot of positive response when I go out and people say the show was amazing, that they binge-watched it. People I haven't heard from in 10 years suddenly start messaging me saying they're hooked. "I take that as a sign of a hit show. There are a few critics who would shoot holes, but the audience doesn't see it that way. A lot of people have liked it. They don't sit down to find things in it. They enjoy the journey," he added.

Emraan will next be seen in Jeethu Joseph's "The Body", featuring his "Bard of Blood" co-star Sobhita, veteran actor Rishi Kapoor, among others. The Hindi remake of the Spanish film of the same name, "The Body" is scheduled to be released on December 13.