Mrunal Thakur to star opposite Shahid Kapoor in 'Jersey'

‘Jersey’ has been directed by Gowtam Tinnauri and is set to release on August 28, 2020. 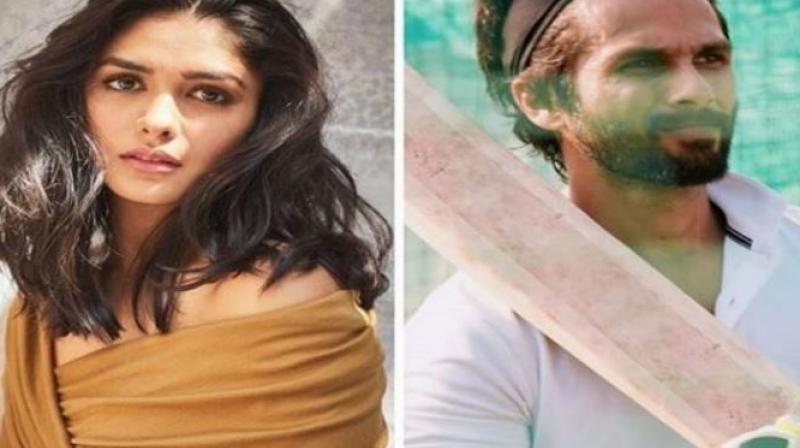 Mumbai: Bollywood actor Mrunal Thakur has mind-blowing her audiences after giving impeccable performances in ‘Super 30’ and ‘Batla House’.
She will next be seen in ‘Jersey’ opposite Shahid Kapoor which is a Hindi remake of the Telugu film.

In an interview with News 18, Mrunal said that “I'm super excited to play the lead opposite Shahid in 'Jersey'. When I saw the original film I was bowled over by its passionate emotional journey.

"It felt like I had lived a full lifetime of experiences in those two-plus hours. So deep was the affect of the film on me that I couldn't get it out of my heart the whole night so I immediately watched it again the next day, I can't wait for Hindi audiences to experience a similar impact!"

The story of thriller drama 'Batla House' is inspired by the real Batla House encounter that took place almost a decade ago on September 19, 2008, which is officially known as Operation Batla House. The incident took place against Indian Mujahideen (IM) terrorists in Batla House locality in Jamia Nagar, Delhi.

Meanwhile, the movie ‘Jersey’ has been directed by Gowtam Tinnauri and is set to release on August 28, 2020.