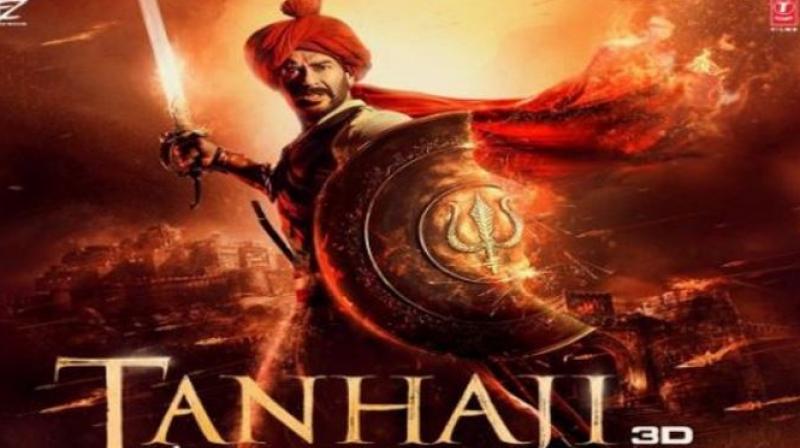 Poster from the movie.

Mumbai: Ajay Devgn and wife Kajol will be seen together after many years in periodic drama ‘Tanhaji: The Unsung Warrior' whose trailer was released today. It reminds you of Mughal History and is beautiful.

Ajay dropped the trailer of same on Twitter and wrote, “"4th Feb 1670: The surgical strike that shook the Mughal Empire! Witness history like never before. Presenting the official #TanhajiTrailer."

The trailer of the movie depicts the surgical strike that shook the Mughal Empire. It essays the battles fought for the freedom of the throne of Kondhana constituency. Ajay Devgn who plays the protagonist, Tanaji Malusare, is seen fighting for the state and its freedom against the crooked antagonist Udaybhan played by Saif Ali Khan who works for Mughal Emperor Aurangzeb. He creates his impactful charm as an antagonist.

Kajol is seen essaying the role of Tanaji's wife Savitribai Malusare, who stands by him like a rock. The trailer also features Sharad Kelkar as Shivaji Maharaj and Padmavati Rao as Jijamata. The trailer showcases the ferociousness of the Marathas when it comes to fighting for their land.

The movie also features Neha Sharma, Jagapathi Babu and Pankaj Tripathi in the lead roles. The 3D movie is set to release on 10th January 2020.