The actor posted a poem from Rainer Maria Rilke, in his first Instagram post after more than three months on Tuesday. 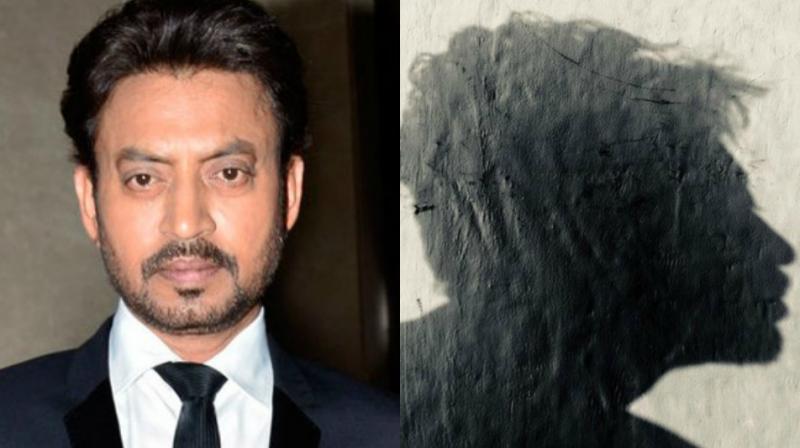 Irrfan Khan posted a picture of his shadow.

Mumbai: The film industry and fans around the world are worried about Irrfan Khan’s health and are hoping he gets well soon.

Irrfan had started off with a quote from Margaret Mitchell, confirming the disease neuroendocrine tumour he has been diagnosed with in a Twitter post on Friday.

This time, the actor posted a poem from Rainer Maria Rilke, in his first Instagram post after more than three months on Tuesday.

God speaks to each of us as he makes us, then walks with us silently out of the night. These are the words we dimly hear: You, sent out beyond your recall, go to the limits of your longing. Embody me. Flare up like a flame and make big shadows I can move in. Let everything happen to you: beauty and terror. Just keep going. No feeling is final. Don’t let yourself lose me. Nearby is the country they call life. You will know it by its seriousness. Give me your hand #rainermariarilke

With words of the poem reading, “Flare up like a flame, and make big shadows I can move in,’ Irrfan posted a picture of his shadow.

In his previous post, the actor had seemed extremely positive about the how unexpected makes us grow, and how the love and strength from those close to him, including himself, are offering him hope.

But this one had too many deep, hidden meanings and numerous contrasts, as words like ‘limits of your longing’, ‘terror,’ ‘make big shadows’ might seem negative, ‘walking silently out of the night’, ‘just keep going, no feeling is final’ spreads the message of positivity.

And like his last post had only revealed how the journey was taking him out of the country, this one even without mentioning the place, revealed where he is currently being treated.

We had earlier reported how he was to go to UK and not USA as it was being speculated.

Fans flooded the post with their good wishes for his health, and like his wife Sutapa Sikdar and Vishal Bhardwaj, are hoping the warrior wins his battle.