Priyanka Chopra locks in her next Bollywood film with Salman Khan's Bharat?

The shooting of 'Bharat' will start in April and PeeCee will reportedly manage her Hollywood commitments accordingly. 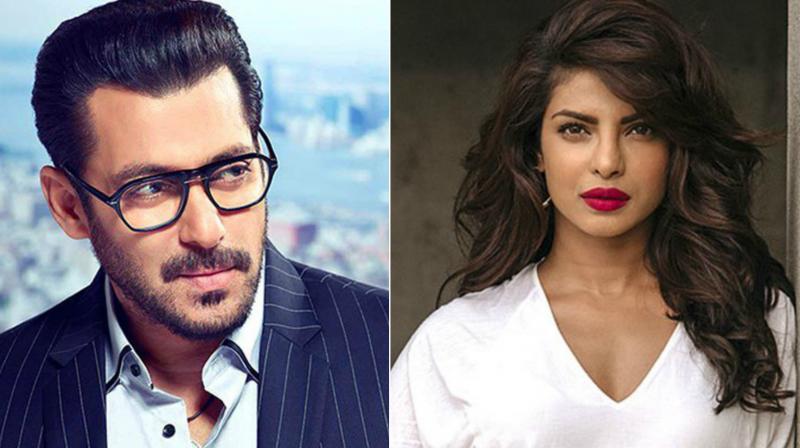 Mumbai: Priyanka Chopra, who is juggling between her popular TV show and other Hollywood releases, is finally ready to make her Bollywood comeback. The Global star is back to Mumbai, and she will soon begin shooting for her next Bollywood project after Prakash Jha's 'Jai Gangaajal' (2014).

And now, according to a report in DNA, Priyanka Chopra is all set to star opposite Salman Khan in Ali Abbas Zafar’s highly anticipated 'Bharat'.

The same report states that Ali met Priyanka in New York on the sets of her American TV show Quantico. As Ali and Priyanka did 'Gunday' together, it is safe to assume they already share a good rapport. "Priyanka has also worked with Ali in Gunday (2014) and shares a good rapport with him. This film will see the three of them collaborate for the first time," a source told the daily.

If these rumours turn to be true, Salman and Priyanka will reunite on silver screen after a gap of 10 years. They have previously worked together in 'Mujhse Shaadi Karogi' (2004), 'Salaam-e-Ishq: A Tribute to Love' (2007) and 'God Tussi Great Ho!' (2008).

The shooting of 'Bharat' will start in April and PeeCee will reportedly manage her Hollywood commitments accordingly.

Produced by Atul Agnihotri, 'Bharat' is an adaptation of the Korean movie 'Ode to My Father'. The film is slated to release on Eid 2019.