Even before its release, Salman's Tubelight already raked in 227 crores

Earning 227 crores before the film’s release, is definitely a profitable venture. 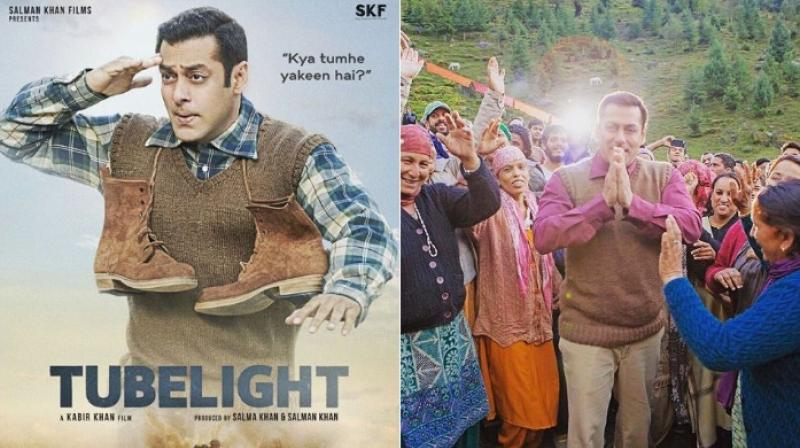 Mumbai: We say what’s in a name? Well, if your name is ‘Salman Khan’ then everything is just in the name.

The name rakes in money, especially if his film is an exclusive Eid release.

Salman recently released the poster for his upcoming film ‘Tubelight’ on social media, and ever since his fans have gone berserk over it.

Sony Music has snapped the music rights of the film ‘Tubelight’ for 20 crores. This is Sony Music’s first ever acquisition of Salman Khan Films, whereas, on the other hand, NH Studioz have bought the Indian theatrical release of the film for 132 crores.

A Chinese company has also acquired the theatrical rights of ‘Tubelight’ in China for Rs 75 crores.

Well, the addition of these figures will make you realise that the film has already pocketed in a huge moolah of Rs 227 crores.

The film, which is originally made on a budget of Rs 100 crore, is already a profitable venture. And once the film hits the 70 mm screens, its theatrical collections and satellite rights will sum up to these profits.

Yes, we can definitely say that ‘Tubelight’ is already a humongous blockbuster.

‘Tubelight’ is all set for its Eid release on June 23.