Reason behind Dangal not being nominated for IIFA Awards revealed!

The voting for IIFA, which goes through four to five stages has already begun and Aamir’s blockbuster ‘Dangal’ has been left behind. 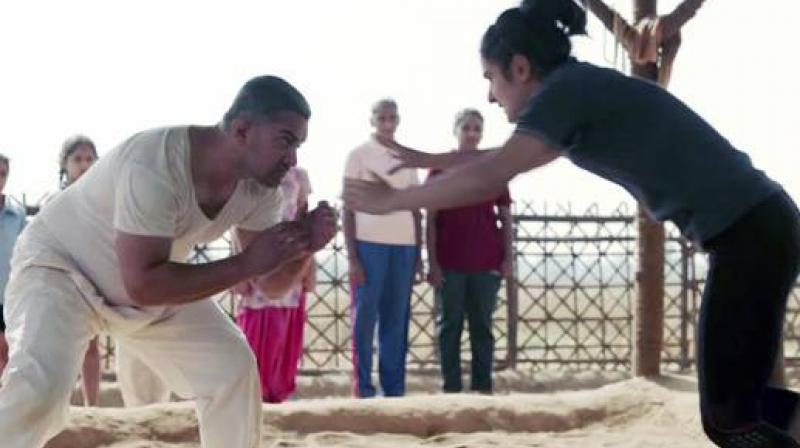 A still from 'Dangal'.

The film was overlooked by the recently conducted National Awards and now the International Indian Film Academy (IIFA) might just give this film a miss.

The voting for IIFA, which goes through four to five stages has already begun and Aamir’s blockbuster ‘Dangal’ has been left behind.

Despite being the highest grosser, and the most-talked about film, why isn’t the film getting acknowledged at IIFA?

Well, we have the answer!

However, the actual reason behind it is that the makers of ‘Dangal’ did not file their nomination for IIFA.

According to a portal, Andre Timmins, Director, Wizcraft International, the Producer and Creator of the IIFA movement confirmed the news saying, “So basically, in IIFA, forms are sent to various production houses. They fill those forms up and send it back to us. Those forms are then put out to the industry for voting and from there it becomes a nomination.”

“So Dangal has not sent their entry in. We would love Dangal to be a part of it. I think it’s a movie that’s broken all records. We love Aamir Khan and the two little girls. They did a great job. But unfortunately, they didn’t send their entry in. We feel sad”, added Timmins.

Recently, the entire Bollywood clan gathered to cast their valuable votes to acknowledge the technical and professional excellence in Bollywood.

The prestigious IIFA Awards will bring its 18th edition in New York this year.