I was very nervous for my mom, says Alia Bhatt

Actress Alia Bhatt’s Raazi looks enormously promising and the actress has proved, yet again, that she is an actor to reckon with. 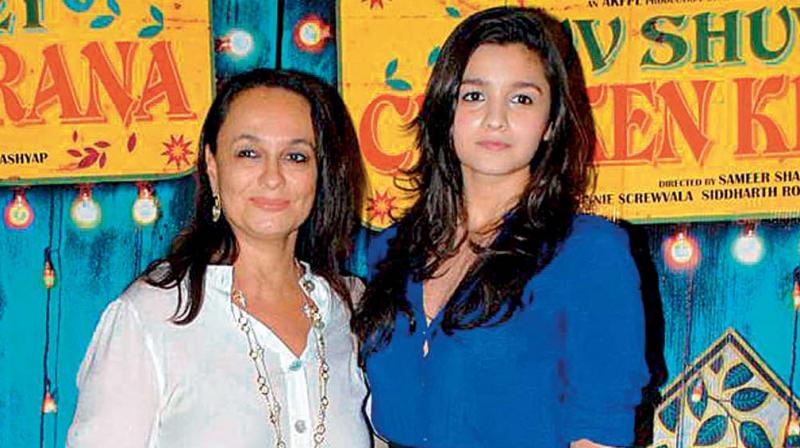 Actress Alia Bhatt’s Raazi looks enormously promising and the actress has proved, yet again, that she is an actor to reckon with.

This powerhouse of talent will be seen working with her mother, Soni Razdan, in the film. And Alia says she was very nervous for her mother.

“I was nervous not for myself but for her. I hoped my mother had memorised all the dialogues and thought I would get nervous if she forgot her dialogues,” Alia said.

She added, “Obviously, she has worked for far longer than I have and she is a much better actor than I am and she was so chilled out. We were in Kashmir and we had a great time. It was a beautiful experience.”

Raazi is based on the book Calling Sehmat by ex-naval officer Harinder Sikka and will see Alia playing an Indian spy married to a Pakistani officer during the Indo-Pakistan war of 1971.

The actress then digressed a little, straying to the topic of the Kathua rape victim. “It is a disgraceful, shameful and terrible incident. As a girl, as a woman, as an individual, as a citizen of this country, I feel very hurt that something like this has happened.”

She added, “I was reading about the case for many days, but I stopped reading updates for the past two days because I think the more I read it, the more upset, angry and hurt I become. I fervently hope that justice is served. We should go out there and condemn this because this cannot be done to us again and again.”