The film, produced by Ali Abbas Zafar and directed by Maqbool Khan, is a remake of Vijay Deverakonda’s Telugu film Taxiwala 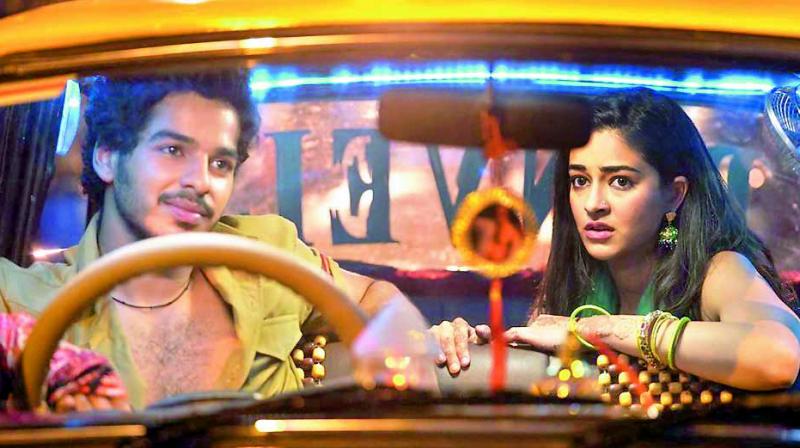 For those who may not know, a kaali peeli is a black and yellow taxi that runs on the streets of Mumbai.

Khaali Peeli a phrase meaning ‘for no rhyme or reason’  is the intelligent title of the forthcoming Ishaan Khatter and Ananya Panday film, which is now stuck in abeyance with just a day of shooting left.

The film, produced by Ali Abbas Zafar and directed by Maqbool Khan, is a remake of Vijay Deverakonda’s Telugu film Taxiwala.

“It was a song shoot which was the last schedule of the film. Ananya had completed a shoot with Vijay Deverakonda for the Puri Jagannadh film and was shooting a song with Ishaan when the film got stuck due to the lockdown. Now they only have one day of work left and they can only start when it is allowed. Then both Ishaan and Ananya Panday will have to get back into their old looks, lose weight in case they put on the kilos during lockdown among others so that the continuity stays,” say sources.

Khatter thankfully wrapped the shoot and the dubbing for his six-part series for the BBC based on A Suitable Boy for director Mira Nair, which will first stream on BBC One. The series also has Tabu in the lead role.