Though a few opinionated celebs claim their tweets are made in national interest, their words led for many to target a particular community 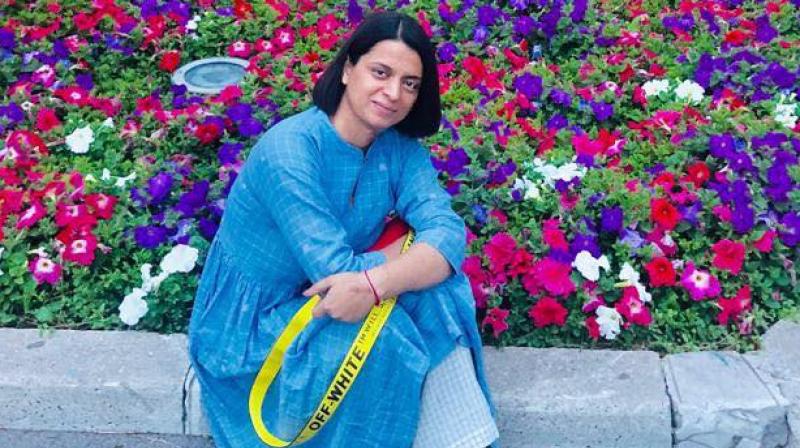 Rangoli Chandel, manager and sister of Bollywood actor Kangana Ranaut, posted a controversial tweet against the Tablighi Jamaat group (whose gathering at Nizamuddin in Delhi mid-March has got a lot of flak for presumably spreading the COVID-19 across the country).

We all have freedom of expression, but shouldn’t people be more responsible in such volatile situations?

On the lines of Rangloi Chandel, actress and model Asmita Sood also faced the music for her tweets against people who she says (read Muslims) are spreading coronavirus.

In one of her tweets, the actress even stated that the police should have been given a free hand to shoot at sight the “#TablighiJamaat idiots”, after which she categorised them as “such a liability on our country”.

Asmita was let off by Twitter with a warning after they deleted her controversial tweets. But the defiant Asmita states that she only spoke honestly being the responsible citizen she is and posted comments against those spreading the dreaded virus.

“Twitter management has deleted my tweets and even cautioned me of posting matters related to communal violence. I did not write anything anti-religious, but it is important on my part to speak up against something that is wrong. My tweet was against people who have assaulted doctors; it was regarding humanity and morality which was significant, and not religion,” says Asmita.

Pointing out how her right to freedom of expression was being violated despite our democratic setup, Asmita further states that if Muslims felt her tweets were directed at them, then it’s their perception problem.

“I got severe backlash on social media, but why should I fear? Perhaps Twitter is trying to be politically correct by deleting my tweets, but if not on Twitter where else should I express?” the actress retorts.

Perceptions, a different kind of truth

The advent of social media has been transforming social interactions, behavioural approach and societal patterns.

Despite and probably because of the emotional distances innate to these platforms, the social media knits the world a little closely, leaving it vulnerable to sporadic outbursts.

So also, and especially given the circumstance, even though celebs claim their tweets are made in national interest and not intended to target a specific community, there is a natural apprehension that their words, left behind for thousands to see and share, could instigate and spread communal hatred.

Being influencers, aren’t celebs supposed to be more conscious and mindful? What makes them want to leave such comments in critical times? Or do we lay too much responsibility on celebs to be right every time?

Samira Gupta, a leading image management consultant, believes how you say something is more important than what you say. Stating that celebs are either ignorant about what they are posting or that they don’t care about the repercussions, Samira adds that celebs being mindful stems from how they want to be perceived by the others.

“Sometimes, perceptions are stronger than truth, so even though people may not know the intention of what is being said, they’ll still follow what celebs write. Hence, it is important that to avoid facing public wrath or humiliation on the social media, celebs think through and convey their intended meaning properly before they leave those imprints on online forums forever,” explains Samira.