Ketan had reportedly approached Kangana to play the role of Rani Lakshmibai of Jhansi in his film, in June 2015. 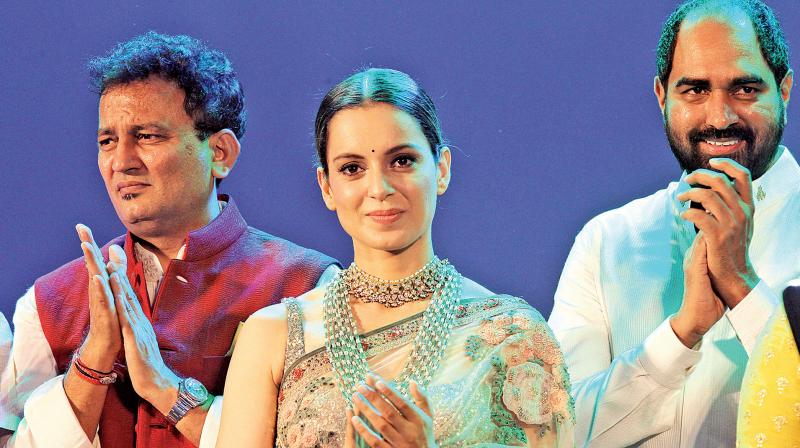 Kangana has been accused of hijacking producer Ketan Mehta’s film.

Filmmaker Ketan Mehta has sent a legal notice to actress Kangana Ranaut for allegedly conniving with producer Kamal Jain and others to ‘hijack’ his movie. The ambitious project in question is one Ketan’s reportedly been working on for ten years, Rani of Jhansi — The Warrior Queen.

Ketan had reportedly approached Kangana to play the role of Rani Lakshmibai of Jhansi in his film, in June 2015. Kangana had readily agreed and publicly committed to doing the project with Ketan, through her various interviews. Ketan allegedly waited for one and half years for the actress to work on the film, and also shared multiple drafts of the script, as well as research material on the subject. In fact, he claims he even brought an international co-producer on board for the project.

However, Ketan was taken aback when he learned that Kangana  had announced Manikarnika — The Queen of Jhansi with another producer. The filmmaker is now claiming that since she was privy to all documents and research material, as well as the script, that Kangana has attempted to hijack the project.

A source close to Ketan says, “This is a brazen act of hijacking a film project. This subject has been Ketan’s labour of love for over ten years, and he believes the Rani of Jhansi is a great subject, which can travel across the world. I know he has worked very hard to develop the entire project and has invested lots of time, energy and money in it. The act is a criminal breach of trust and a completely unethical attempt at stealing someone’s fully developed film project.”