Entertainment   Bollywood  20 Jun 2018  No romance, only dance: Katrina, Varun to barely have few scenes together in next?
Entertainment, Bollywood

No romance, only dance: Katrina, Varun to barely have few scenes together in next?

Reports of the two actors focusing solely on dance in the venture have been doing the rounds, but we know the truth. 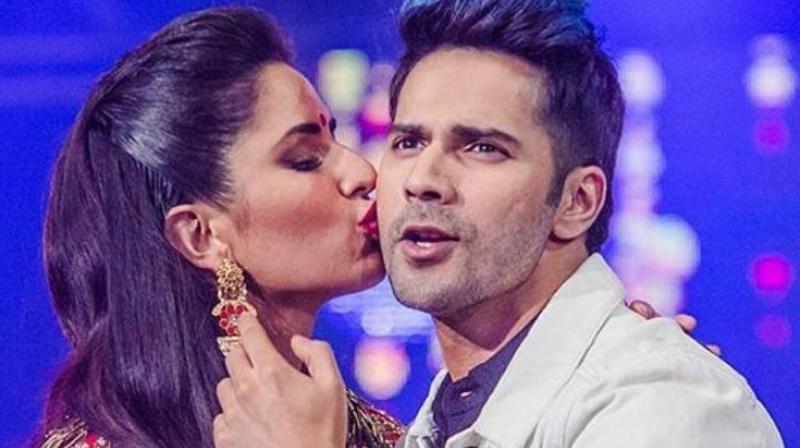 Varun Dhawan and Katrina Kaif have previously performed together on shows.

Mumbai: ‘Any Body Can Dance’ right? And when you dance, why do you need romance?

If we go by recent speculation, that’s the mantra of Katrina Kaif and Varun Dhawan’s next film, to be helmed by Remo D’Souza.

The film is unofficially the third installment of ‘ABCD’, something the makers are hesitant to address it as.

They have instead termed it the ‘biggest dance film’ in the country.’

With so much emphasis on dance, reports started flowing in that the lead pair would barely have scenes together, and that there is no romance at all between the duo.

Turns out, the rumours are just rumours. A source clarifies, “The rumours are completely untrue. Varun Dhawan and Katrina Kaif have strong parallel leads opposite each other in 'ABCD 3.' The makers have pulled off a coup by bringing them together for the most anticipated dance film to come out from India. So it goes without saying that they are both playing strong roles and have several scenes including major dance sequences together in the film.”

Since when did a Bollywood masala film not have any romance angle between the hero and heroine anyway?

It’s the first time Varun and Katrina are featuring together in a film and considering they are good dancers, fireworks are assured on the stage.

You will have to wait till November 8 next year to find out.