Anubhav wonders if his film should really be that much of a cause for concern. 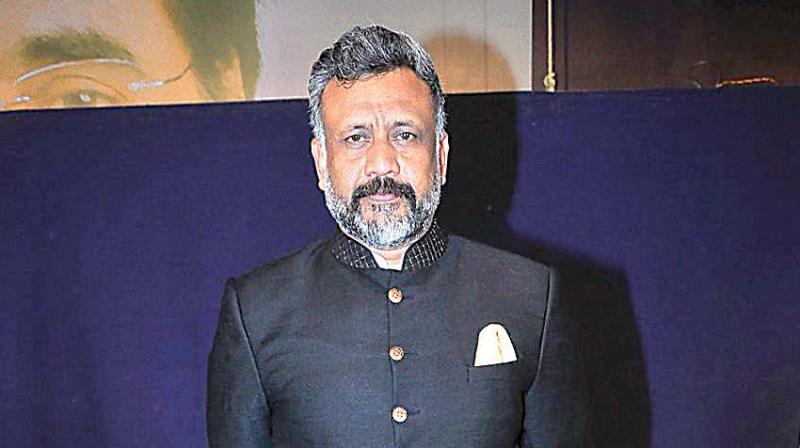 Director Anubhav Sinha has stuck to making rather uncontroversial romantic films so far. So you’d think he’d be unnerved by all the hate and the threats he’s been receiving of late for apparently making a pro-Muslim film. But the filmmaker isn’t the least bit intimidated.

“Just because Mulk addresses some uncomfortable truths, trolls are having a field day. They say that the film has been funded by Dawood because that’s the easiest way to malign it. But I am not affected by such nonsense,” Anubhav says, adding, “I come from Varanasi. Abuses, profanities and threats don’t bother me. I am 6-foot-tall guy and I can take care of myself.”

But the people close to him aren’t as brave. “My friends are worried. The minute the trailer of Mulk came out, I started receiving calls from friends in India and abroad. Many of the concerned callers were Muslims. ‘Look after yourself,’ they said, and that worried me,” the filmmaker says.

Anubhav wonders if his film should really be that much of a cause for concern. “The isolation of the Indian Muslim due to the acts of some terrorists is an issue that should bother all of us. I grew up in Varanasi where there would be a communal riot every other week. Then I moved to Aligarh, where the Muslims made me feel completely at home. They never made me feel different, so when did this business of ‘them’ and ‘us’ start?” he asks.

Having steered clear of politics all his life, this is the first time the director has made a political film. “Mulk is my first political film. I’ve made it because this is a subject that I have to address. However, there isn’t a single politician in my film,” he says.

And despite its seemingly controversial theme, Mulk has the star cast that Anubhav wanted for it.  “I went to Rishi Kapoor with much dread, wondering, if not him, then who? But he heard my narration and immediately agreed to be in the film. Rajat Kapoor was one of the last actors to come on board. When he heard what the film was about, he agreed to play any part in it,” he says.

The film has just been cleared by the censor board and given a UA certificate, and the director couldn’t be happier. “After the film was passed with only a few minor cuts, I sent thank you messages to all the members of the censor board. I don’t think too many filmmakers do that. I went to the censor board thinking there would be trouble, given the theme. I even considered consulting with Anurag Kashyap, who’s had trouble with the board before. Finally though, I had no trouble at all. I want to thank the board for getting the point. Mulk is a film that needed to be made. We can no longer sweep the isolation of the Indian Muslim under the carpet,” he says.

Anubhav adds that he wants to reclaim that part of Hindutva that has been hijacked by fringe elements. “I greet my friends with ‘Jai Sri Ram’ and they look at me as if to say, ‘Et tu, Brute?’  But I want the fringe groups to know – you don’t represent me. Jai Sri Ram doesn’t belong to you.”