Priya is a torchbearer for Sanju 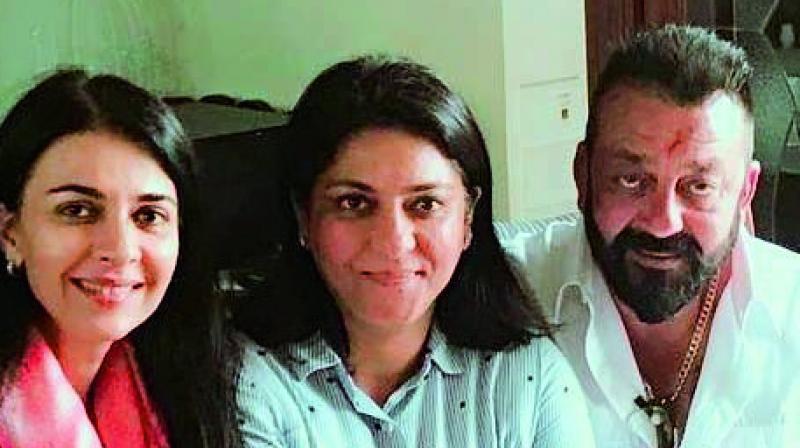 Earlier this week, actor Sanjay Dutt made headlines when he was diagnosed with lung cancer.

There were rumours that the actor will be flying abroad for the treatment, however, owing to the ongoing COVID-19 pandemic, the actor has begun his preliminary treatment at Kokilaben Hospital in Mumbai.

Every battle has a torchbearer and someone who holds the fort. Priya, who has also seen her mother battle this illness, has been our incredible torchbearer, while I will hold the fort,” says Maanyata.

She also adds that Sanjay is not only her husband and father to their children but he has also been a father figure to sisters Anju and Priya, after losing their parents. Additionally, Priya has extensively worked for over two decades with the Dutt family-run Cancer foundation.

Responding to Sanjay’s travel plans for further treatment, Maanyata clarifies that it can only be decided when the pandemic eases.

“Sanju will complete his preliminary treatment in Mumbai. We will formulate further plans of travel depending on how and when the COVID situation eases. As of now, Sanju is in the best hands of our esteemed doctors,” she informs and urges Sanjay’s fans to not speculate anything related to his health.

Sanjay has been through many ups and downs in his life but his fans’ adulation and support has kept him going through every tough phase.

Says Maanyata, “I know, the same love and warmth will see him through this time as well. As a family, we have decided to face this with positivity and grace. We are going to go about our life as normally as possible, with a smile, because this will be a tough fight and a long journey. And, we need to do this for Sanju, without any negativity setting in. He is the heart and soul of our family,” she concludes.